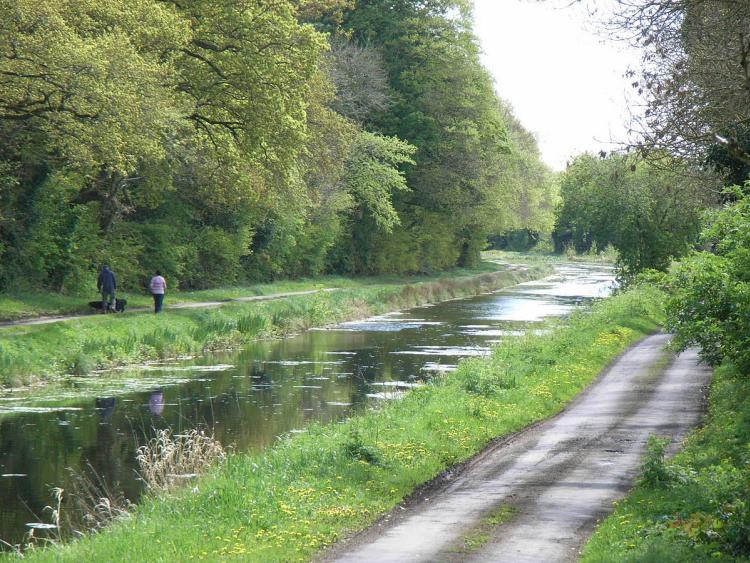 File Photo of the Royal Canal

The Royal Canal Greenway project between Maynooth and Leixlip in North Kildare could have to be widened due to social distance guidelines in relation to the Covid-19 pandemic.
The 84km route for pedestrians and cyclists runs from Longford, Westmeath, Meath, Kildare and Dublin.
The Maynooth to Moyvalley route is practically complete with Waterways Ireland preparing to install picnic benches and signage.
The Council wants to go to tender with the Maynooth to Leixlip stretch.

However The Clane - Maynooth Municipal District meeting was told last week that the National Transport Authority wants to increase the agreed width of the route from 3m to 4m from Maynooth to Leixlip.
Kildare Co Council engineers have instructed the NTA that this isn't possible due to the physical constraints beside the Canal and that the proposed 3m Greenway is due to go to tender.
Council officials are meeting with NTA representatives this week to discuss the issue.
Director of Services Sonya Kavanagh said that the NTA is the funding authority for the project and that there is currently no other source of funding for the project.

'Worrying'
She said that the situation is ‘quite worrying’ to the project given the physical restrictions along the Royal Canal.
The meeting also heard that a marketing consultant will be hired by Waterways Ireland to promote the Greenway.
Businesses will also be encouraged to set up services related to the Greenway such a bike hire business.
The Greenway will run from Spencer Dock in Dublin to Richmond Harbour in Longford.
Leixlip, Maynooth and Kilcock will be the towns closest to the new amenity.

It will be Ireland's biggest greenway once it is completed.
The first stage is a 22km paddling trail in Westmeath from McNead’s Bridge in Coralstown to Coolnahay townland.
According to Waterways Ireland, the Greenway is a recreational, off-road route for walkers, cyclists and other non-motorised vehicles and will be free to everybody.