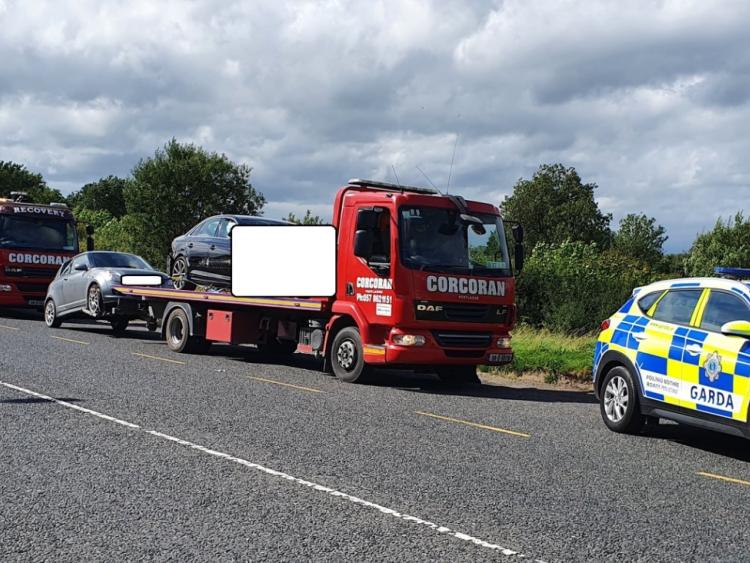 The Roads Policing Unit Naas yesterday seized a total of nine vehicles during targeted operations in the south and north of the county.

These operations targeted Disqualified Uninsured Drivers, Drug Driving and all the Lifesaver Offences such as Speeding, Holding a Mobile Phone whilst Driving, the Non-wearing of seat belts and other Road Traffic Offences.

The most notable of these was a motorist who was detected driving whilst disqualified on the garda's Mobility Device.

This driver was disqualified from driving for a period of 20 years. The driver also failed a roadside drugs test for cannabis.

The driver was arrested and brought to a nearby Garda Station where he was charged to appear in court.

Another motorist was detected turning back from a checkpoint and was found to be a Learner Driver Unaccompanied with no L-Plates Displayed. The vehicle  was immediately impounded.

In total three motorist were detected and arrested for Drug Driving (Cannabis and Cocaine were detected in the drivers' systems).

A total of 28 other Fixed Charge Penalty Notices were issued which will result in fines and penalty points.

Roads Policing Unit Naas said it would like to thank the public for it patience during this operation.