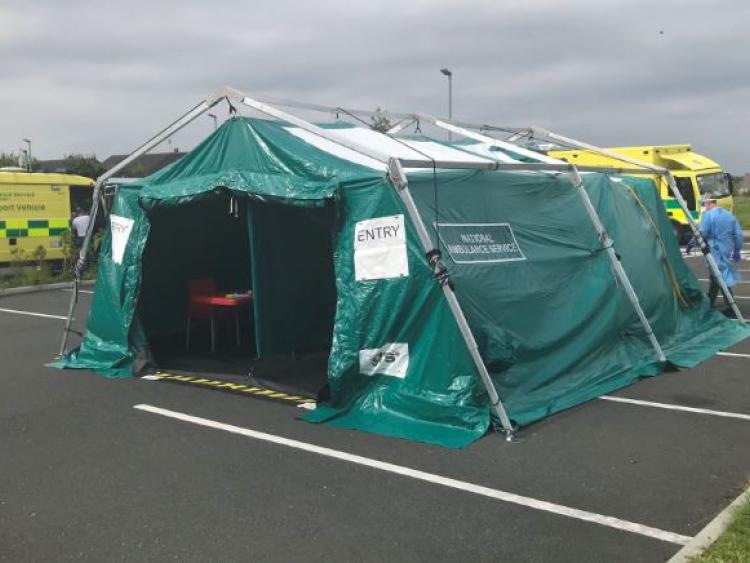 Independent TD Dr Cathal Berry believes that financial and medical measures should be part of any localised lockdown from the start.

He said: “Lessons need to be learned from what happened here. If adequate inspections and testing was being carried out in meat factories, we could have avoided any form of localised lockdown.
“Unfortunately by the time we got to the end of last week, these restrictions had become necessary.

“But I have confidence that people will comply with these measures and hopefully this short term pain will lead to long term gain.
“A two-week lockdown will be better than longer lockdowns other countries are seeing like Australia.”
Dr Berry received a briefing about the restrictions from the Minister of Health Stephen Donnelly on Friday evening.
He said the minister showed a big acknowledge ment and appreciation of the frustration and disappointment of people living in the three counties.

It was also confirmed the restrictions will end at midnight on Sunday night, August 23.
Dr Berry added that any meat processing plant that saw workers test positive for Covid-19 or who are awaiting results should not be allowed to open until it is given the all clear.

Meanwhile Kildare’s Fianna Fáil polticians said businesses losing out on vital staycation business during August must receive financial supports.
Deputy James Lawless and Senator Fiona O’Loughlin said the loss to businesses and communities across Kildare must be recognised and mitigated.
A joint statement said: “Between lost stock, lost revenue and the lost opportunity now of the staycation season, these businesses must be supported with a tailored package from Government to help survive this and restart again when it passes.
“Having done all that was asked of them, the people of those counties are now suffering again, and we believe Government must show solidarity with them in the form of meaningful supports.”
The politicians said they have made contact with the Taoiseach, the Minister for Health, Minister for Agriculture, and Minister for Public Expenditure on the issue of a stimulus package.

Minister McGrath told Mr Lawless and Senator O’Loughlin that be discussed during the Covid-19 Cabinet sub-committee on Tuesday.
The politicians added: “It’s imperative an early commitment to support financially and otherwise the businesses and industries of Kildare is made.”
Fine Gael TD for Kildare North, Bernard Durkan, said: “Unfortunately, it will take two weeks to determine the full extent of the spread of the virus within the counties currently under lockdown.
“It is indeed very sad that having made so many sacrifices, both the public and the business sectors must face this very serious situation now but failure to comply will only make the situation worse.”
Meanwhile, Newbridge-Kildare Independent councillor Fiona McLoughlin Healy has been critical of the responses being received from Government regarding Kildare’s rise in cases in recent weeks.
She said: “There have been warnings about the meat factories for months. And while the government fails to insist on unscheduled inspections which would protect vulnerable workers (and their communities), those dependent on precarious work at the factories or living in Direct Provision are the ones being stigmatised.
“People of Kildare who have already sacrificed so much to keep the virus at bay deserve answers sooner rather than later.”