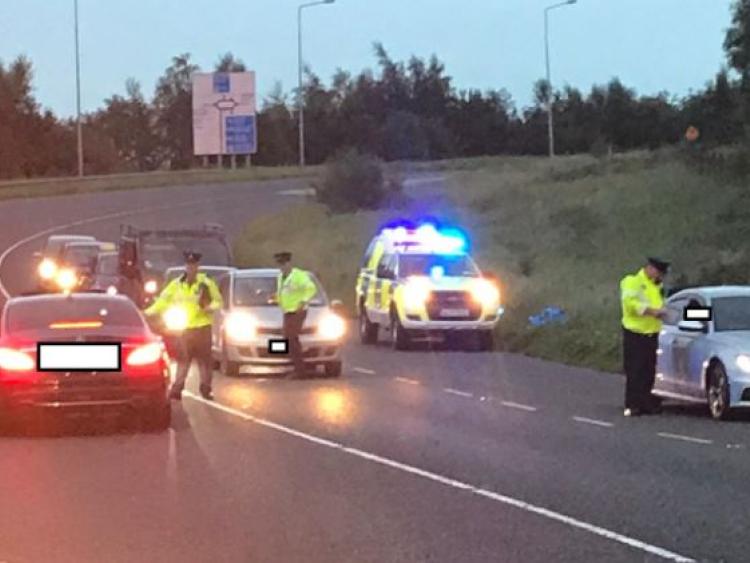 Gardaí at the Checkpoint

The vehicle of a disqualified driver was also seized.

The motorist, who also had no insurance, was arrested and charged. 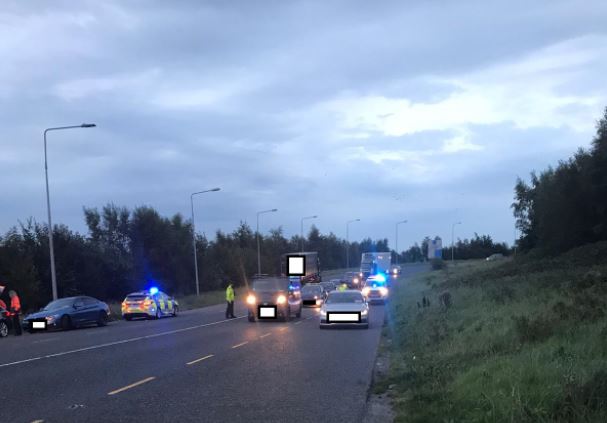 Gardaí said all road users were targeted in the operation near Kilcock with special emphasis on Heavy Goods Vehicles.

A number of motorists were also drugs tested at the roadside and gardai said that all drivers passed.

Officials from the Roads Safety Authority, which also attended the Checkpoint, found major defects on HGVs relating to issues such as steering and tyres. 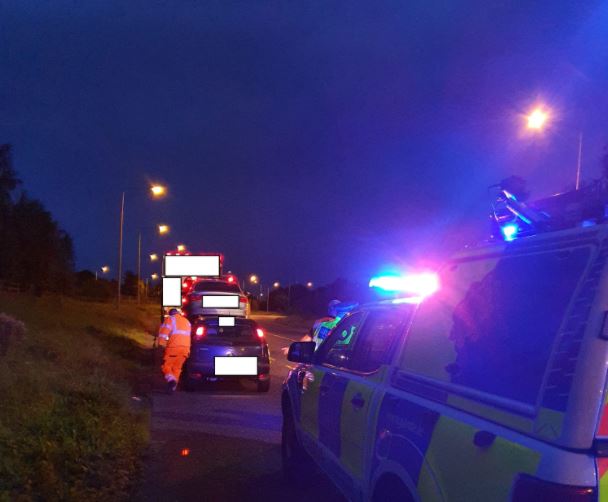 A tachograph offence was also detected.

All offences will be dealt with through with fines or through the courts.

The Roads Policing Unit Naas thanked members of the public for their patience during this operation.