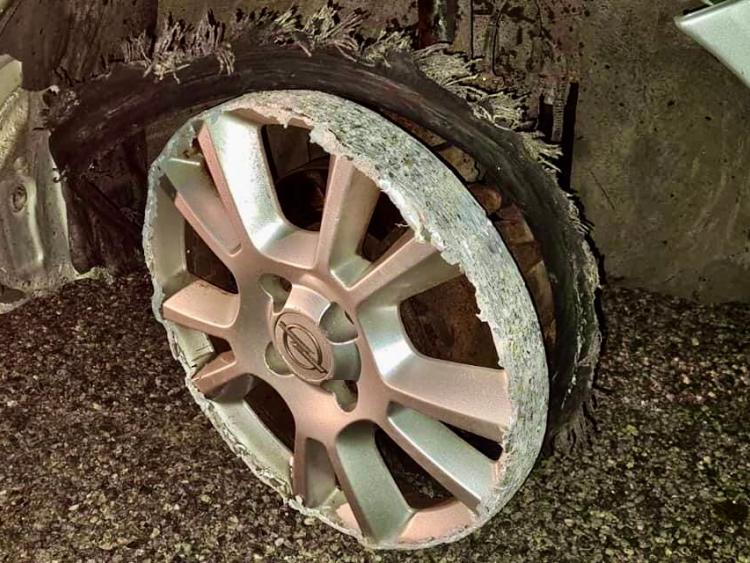 A car which gardaí described as "basically on three wheels" was stopped by officers. 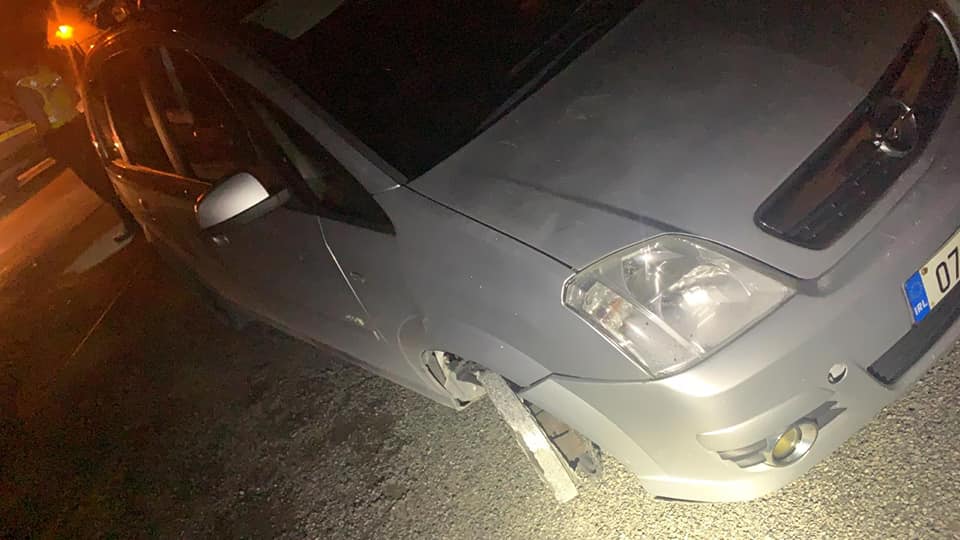 Gardaí on patrol were alerted to a car, driving basically on three wheels, by members of the public in Collooney, Co Sligo.

The wheel left scraping marks on the road.

The driver was found to have no licence and there was no tax on the vehicle for quite some time.

He later failed the subsequent breath tests at the local Garda Station and he was charged to appear at court with numerous offences.

He was also found to have an existing warrant and so he was held in custody and brought to court in Donegal.

Gardaí said: "We would like to thank the public for alerting us to this driver.

"There was a high possibility that if he was not caught somebody could have been badly injured, or worse."