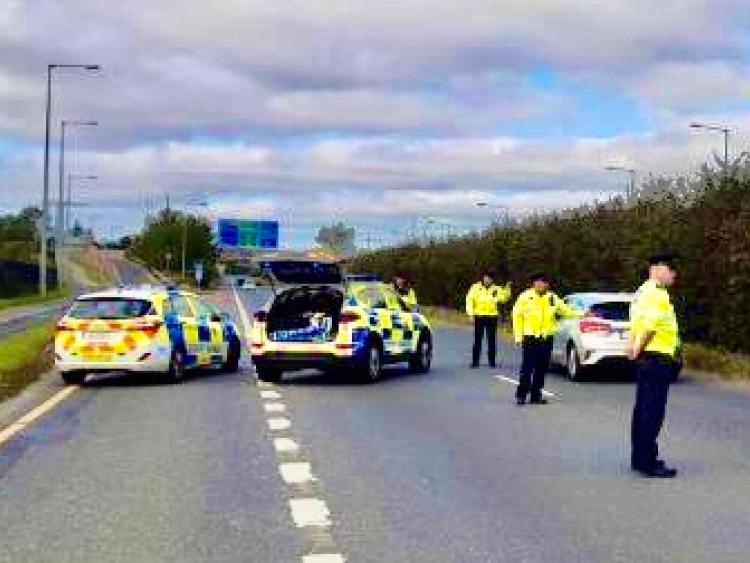 Dublin residents were turned back at checkpoints near Naas as they were not on essential journeys as stipulated under Level 3 restrictions in the capital due to an increase in Covid-19 cases.

Naas Roads Policing Unit were operating a multi-agency operation with the Road Safety Authority (RSA) on the R445 near the  Naas Enterprise Park on Monday morning.

Naas Roads Policing said the drivers were engaged with and encouraged to turn around and go home.

However gardaí said two motorists "dangerously turned away" from Checkpoints and were found not to be on essential journeys outside of Dublin.

Officers issued fixed charge penalty notices under the Road Traffic Act and the motorists were advised to return home.

Gardaí added: "Other motorists questioned were not on essential journeys outside of Dublin and were engaged and encouraged to turn around and go home.

"Compliance levels were good in this area."

The Garda's Operation Fanacht is focused on supporting public compliance with public health measures following the move by Dublin into Level 3 of the Government’s Plan for Living with Covid-19.

Garda activity in Dublin is being supplemented by Garda personnel from the surrounding counties such as Kildare which will focus on targeted patrols and checkpoints to check compliance with Public Health Regulations.

At the same checkpoint area in Naas on Monday, gardaí said a motorist reversed a distance of 1km along a Hard Shoulder.

During the course of the operation, five cars were seized for no insurance, tax or for Learner drivers being unaccompanied.

One driver was arrested for Drug Driving and had cannabis in his system.

Gardaí said another motorist who attempted to turn back from a checkpoint by reversed back in Hard Shoulder for over a kilometre.

This motorist had their vehicle impounded.

One HGV was seized for defective brakes pending suitable repairs.

The Road Safety Authority also recorded a number of detections on HGVs including a tachograph.

Compliance notices, follow ups and proceedings will be issued by the RSA.