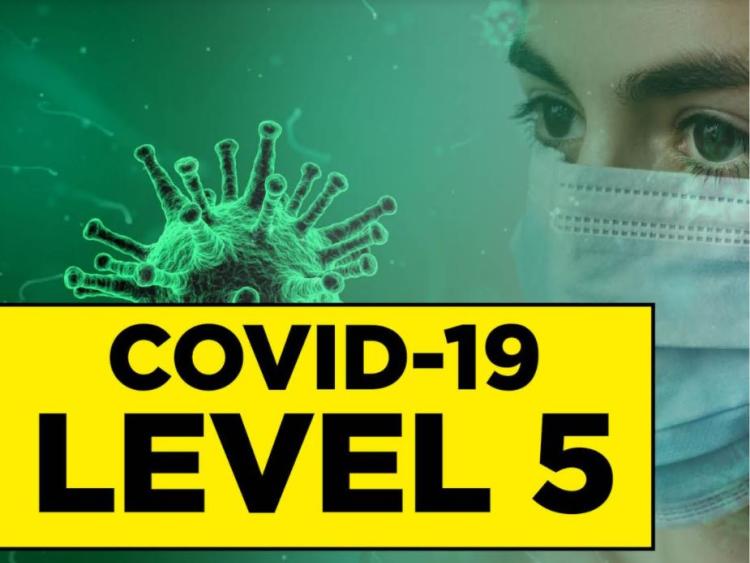 Kildare businesses being forced to close with the latest Covid-19 restrictions have branded the latest lockdown the toughest yet because tills were ringing with lucrative pre-Christmas trade.
Local communities who endured the previous lockdowns in summer months will find it more difficult to limit their lifestyles as the harsh wintry weather sets in. Festivities around Halloween will also be curtailed due to the ban on family gatherings.
Kildare Chamber CEO Allan Shine told Leinster Leader that 37,000 local workers in the hospitality, tourism and retail sectors will be worst affected by the latest restrictions and will be back claiming the Pandemic Unemployment Payment.
He called for adequate financial support from the Government to help struggling businesses survive and re-hire workers after six weeks.
Kelly Moran, boss of Kildare House Hotel said: “It's a nightmare for us in our sector. We spend all our time adapting to new restrictions and trying to run a business and keep staff in jobs.”
Naas beauty salon operator Dominika Pacia added: “It's so unbelievably sad for me because I had worked hard to build new clients since the last lockdowns.”
K Leisure said 85% of staff or around 70 people at its locations in Naas, Newbridge and Athy would be laid off immediately if a complete Level 5 is triggered.
Mr Shine called on Kildare consumers to support Kildare business and secondly Irish businesses over the coming months by shopping local.
He added: “Cash flow is the big issue for many of these businesses and the key Christmas period will be important for many of them.”

The operator of the Kildare House Hotel and The Goban Saor bar in Kildare town said that the jobs of over 20 people are hanging in the balance with the new restrictions.
Managing director Kelly Moran told the Leader that a new outdoor dining area had been built at the front of the Kildare House Hotel in recent days and this faces being closed if restrictions apply.
She said: “It’s a nightmare for the hospitality sector and hotels and pubs. It just seems that all the time we’re adapting to new restrictions and trying to make them work around them in terms of keeping our staff working and offering a service to customers.
“We opened our outdoor dining area and we were even operating at a loss but we wanted to do something to have our staff working.
“The restrictions back in April and May were tough but these will be tougher because so many businesses were depending on the spending around Halloween holiday period and the run-up to Christmas.
“We employ about 14 in the hotel and another seven in the Goban Saor.
“We can’t wait around for four weeks because that is worth an awful lot to the business.”
Ms Moran said she hopes adequate financial supports are in place to help businesses stay viable and be able to open again after the restrictions are lifted.
She thanked customers for all all their support since March, adding: “It means the world to our small family run business.”

Noel Murphy, group operations manager, at K Leisure, said 85% of staff at its locations in Naas, Athy and Newbridge, would be laid off immediately if a complete Level 5 is triggered.
Around 70 employees will be temporarily laid off because their work involved gym activities which will cease.

Like many businesses, K Leisure closed its facilities in March 15 and reopened on June 29.
Operations continued for five weeks but were forced to stop again on August 10 for a three-week local lockdown.

Noel added: “The swimming pools need constant maintenance while we are closed and that is a major cost.”
The centres expect to freeze membership subscriptions until they are allowed to re-open.
Despite their best efforts, the centres have been running at 30% of their budget.
Mr Murphy said most staff returned after each break with just a small number finding work elsewhere.
Meanwhile, the owner of Dominika’s Beauty Salon in Naas said she had worked hard to build up new clients since reopening during the summer after the first lockdown.

Dominika Pacia told the Leader: “I was really busy and really enjoying my work as I had built up new clients as well as my regulars but all that stops now.
“I have been getting calls all day from people asking me if I will stay open, but if the government says I have to close, then I will have to close.
“I trust the government that these restrictions are needed to stop the virus spreading so fast.
“But closing my business for several weeks is so unbelievably sad for me and it’s an inconvenience for customers.
“It’s such a pity because I had worked very hard to introduce new protocols such as hand sanitising, visors, masks and social distancing.”

County Kildare Chamber CEO Allan Shine said many businesses will struggle in the first quarter of next year as the pre-Christmas trading will be significantly reduced.
He called for adequate financial supports.
He added: “Cash flow is crucial for many of these businesses and what they make during the key Christmas period keeps them afloat for the rest of the year.”


Meanwhile Kildare County Council in association with Kildare Local Enterprise Office and County Kildare Chamber has launched Shop County Kildare.ie - a digital shopping centre where you can find and support your local businesses.