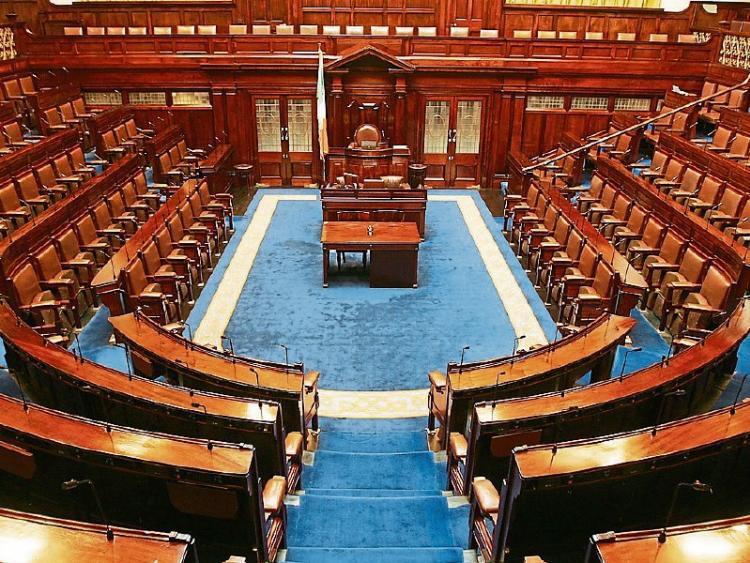 Solicitors for a lending company have made contact with a Kildare North TD after he said he was raising an issue on behalf of a distressed borrower in the Dail.

In the Dail on November 26 Deputy Bernard Durkan raised the problem of a friend of a constituent who, along with the partner and family, had borrowed money during the boom times.

Deputy Durkan said it was not wise borrowing and later the family suffered a number of bereavements, which substantially altered the ability to repay. and serious issues were arising. He said there is almost €170,000 in interest owed.  He told us afterwards that part of the loan, the part which is not covered by a low interest tracker rate, had  an interest rate of  7%.

The loan is now controlled by a so-called venture or vulture fund, which is registered with the Central Bank.

Deputy Durkan said he intervened some weeks seeking a delay in the process for an agreement to be reached.  “Very little followed from that until, in the past week or so, the remaining borrower received notice to the effect that it looked as if the intention was to seek liquidation or receivership.”

He did not receive a reply until he sent a further letter and email in the past 24 hours to state that I proposed to raise the case in the Dail at the earliest opportunity, that I had already raised it in the finance committee and had invoked the Central Bank to respond and get involved in dealing with that kind of situation in a way that gives some recognition to the plight of the borrower when she is doing her best or cannot do any better than she is doing.”

He said  he then got a response from the solicitor acting for the companies who said there was no longer any need to raise it in the Dail because they recognised there was a possibility of some discussion taking place but that they would not defer further action because they only received his letter on the day after they had authorised the legal action.

The Maynooth TD said he hoped from yesterday (November 26)  we will have a situation whereby he can enter into dialogue on behalf of the borrower which hopefully will be of benefit to that borrower.

Minister of State at the Department of Public Expenditure and Reform, Ossian Smyth, responded expressing his sincere condolences to the borrower on her recent bereavements. He said the lender has to comply with a suite of consumer protection and other regulatory requirements, including the Central Bank's statutory codes.