Criticism of loss of parking spaces 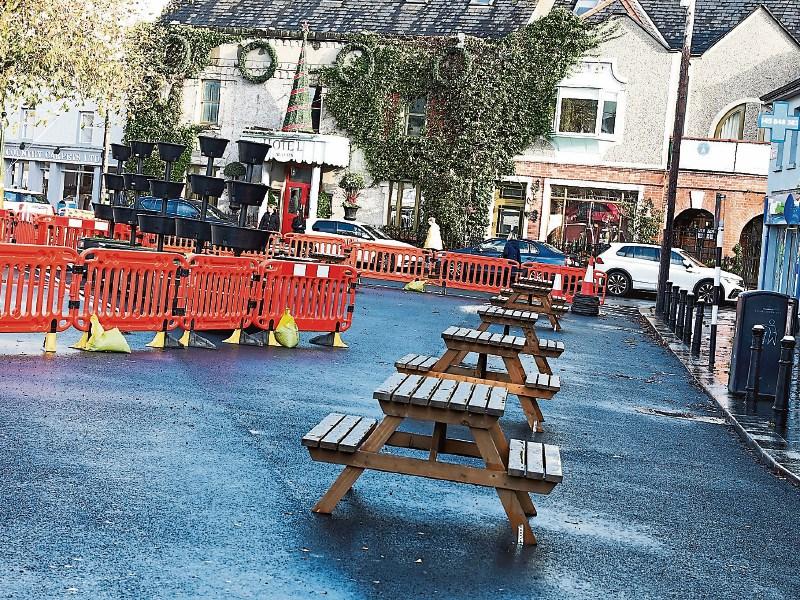 There has been a mixed reaction to the creation of a public realm space, new pedestrian crossings and an improved bus stop at Poplar Square, Naas.

The public realm space is located at the square and the bus stop in the square used by vehicles coming from the Dublin direction was improved.

The existing arrangement was regarded as unsatisfactory in the absence of recognisable infrastructure and some bus operators were unwilling to allow passengers to disembark there.

And, while some people have welcomed the creation of public space, at least two businesses are unimpressed.

But Mary Harte, proprietor of the Soda Bread Shop in Chapel Lane, just off Poplar Square, said the project could have been planned better and should have been delayed until the New Year.

“I don’t think they did a great job on it and public seating had been put in the square at a time when it’s been taken away from some businesses like mine.

“Some of the flowers were moved from one location to another in the square.

“The loss of car park spaces hasn’t helped businesses in this part of the town,” said Ms Harte.

A short distance away Annina Borza of the Capri Grill, one of the town’;s longest established businesses, said the loss of car parking spaces has had a bigger impact on business than the Covid restrictions.

“People cannot come for collection now because there is nowhere to park. Income has fallen as a result and while there are car parking spaces in the car parks, people aren’t willing to park there and walk when they used to be able to park and drop in for a minute or two, which is all that they need. To me, it’s a total disaster.”