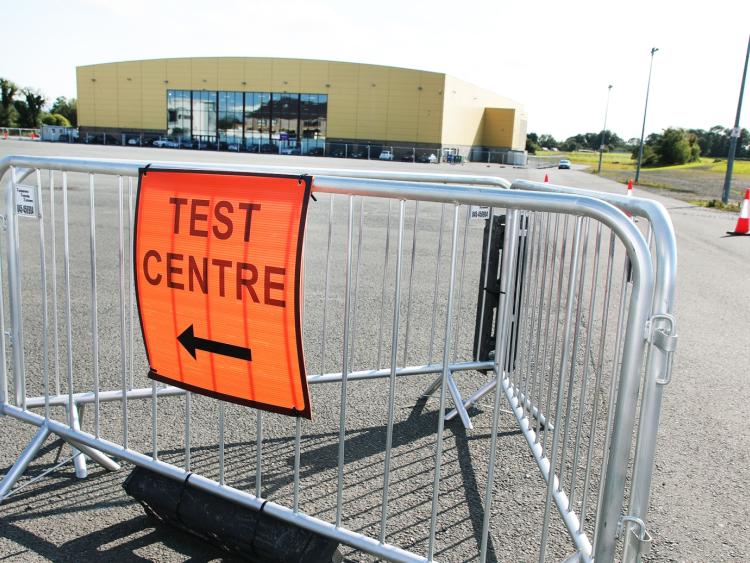 An average of over 500 people are now being tested for Covid-19 every day at the Community Testing Centre in Punchestown, new figures have revealed.

In the six days up to Sunday evening, a total of 3,186 people were processed by swabbing staff at the hub outside Naas.

The highest number was 738 on Tuesday of last week while 235 attended on last Sunday and 283 on Saturday. 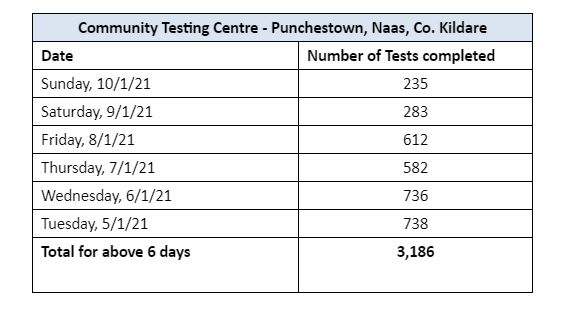 The rate of testing is roughly in line with the previous week, when there were around 4,000 tests carried out over a seven day period.

The number of Covid-19 tests carried out at Punchestown since January 1 has jumped by one-third since the period immediately after Christmas.

The overall lfigures have almost trebled when compared to around 1,500 tests per week in October.

In fact, almost 1,500 tests were carried out in the course of two days last week.

Meanwhile there were 17 patients with confirmed Covid-19 at Naas Hospital up to Sunday evening, with another four patients suspected of having the virus.

This level of admissions continues to be one of the lowest in the country despite the Naas facility’s large catchment area covering Kildare and West Wicklow.
Only five adult hospitals and three children’s hospitals have less Covid-19 patients than Naas Hospital.
The data also shows there was one patient being treated in a critical care unit.
Overall, there were 22 vacant general beds and just one critical care bed.