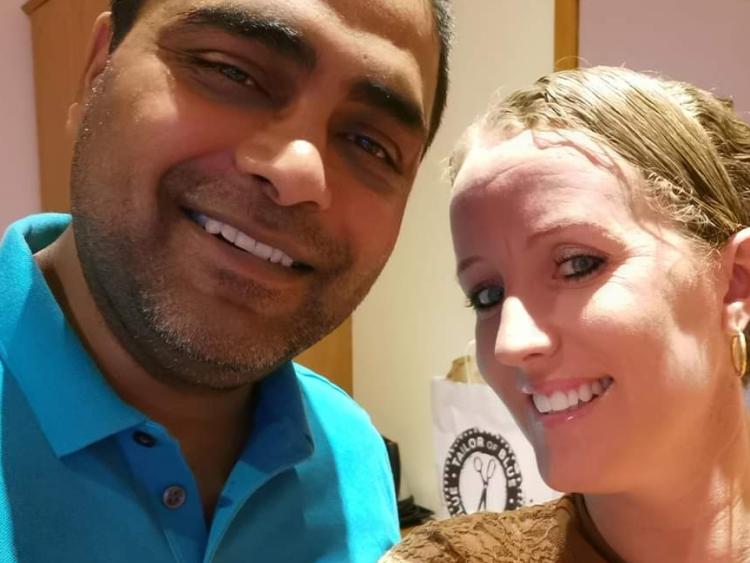 A new food business in Celbridge, The Smokin Goat, could be open by this weekend, its owner has told us.

Jennifer Yakav and her team plan to open just beside the Tesco retail store in Celbridge, at the former home of the Halo Cafe.

Jennifer, a Celbridge native, said The Smokin Goat, will specialise in middle eastern and asian cuisine.

Along with her husband, Rajesh and her business partner, Ajay Malhan, both from Delhi in India, she plans to open for initial business this weekend with a potential expansion in March.

If one thinks that opening a business in Covid times is challenging, to say the least, it is worth that this is the second food business which the trio has set up.

Last May, they opened a similar restaurant, The Curry Leaf, at the Strand Hotel in Bray.

They  revamped the premises after taking it over in 2018.

Last May, they opened The Curry Leaf there. “That  is very successful,” said Jennifer.

Now they have opted to run with The Smokin Goat, which will be similar to The Curry Leaf.

Jennifer is happy with the response to the news so far. “There is great support in the community here in Celbridge. We have had amazing support  on social media. People are looking forward to something different and they have been contacting us looking for menus” she said.

Initially it was thought that The Smokin Goat would be open by this Wednesday but today (January 18) Jennifer told us that it would more likely be this coming weekend.

She said that initially there will be work for seven people but later, hopefully in March, they may add two or three more people.

Initially, from next weekend, the plan is to run The Smoking Goat menu but in March they plan to add another dimension to business at the same location, with the addition of the Caffe Vergnano, which will serve coffee, paninis and other foods.

The plan is to run the Cafe Vergnano from around 8.00am to 3.00pm and the service from the Smokin Goat, will start from then and continue into the evening.