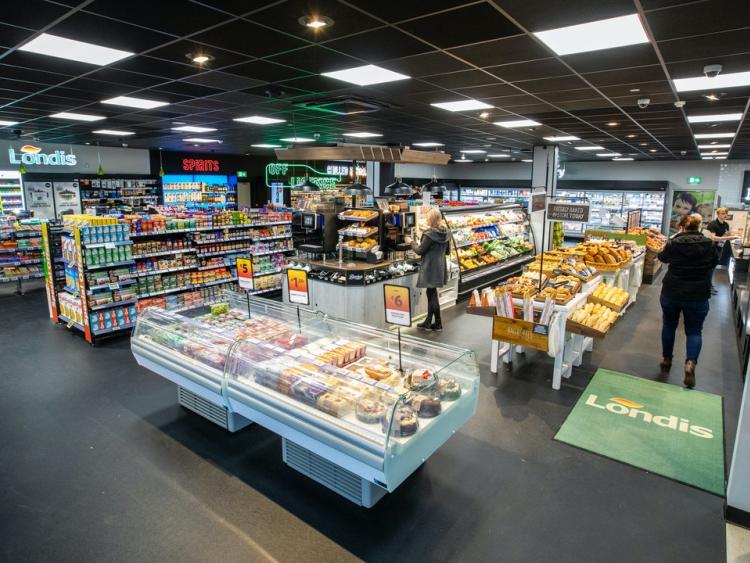 FILE PHOTO of a Londis store

Kildare based Londis retailers, and their staff, are humming the song made famous by Nancy Sinatra – these boots are made for walking – for the month of February as they take part in the LauraLynn 280,000 steps challenge.

Londis Retailers in Kildare have a proud tradition of going over and above for their charity partners and the teams in Londis Rathangan, Londis Maynooth MSU and Casey’s Londis Newbridge and their staff have been wearing out their shoe leather – all while adhering to the 5km Covid-19 restriction – in support of this latest initiative.

In total, more than 500 Londis retailers, their families and staff from 48 stores, across 15 counties in Ireland have signed up to raise much needed funds for LauraLynn Ireland’s Children’s Hospice. Even modest calculations Londis retailers and their teams will circumnavigate the globe twice by the end of February!

Commenting, Conor Hayes, Londis Sales Director said, “Londis retailers have a tradition of undertaking these charity initiatives with enthusiasm and this is no exception. It is important for the soul and the mind to get a little exercise in and in doing so, Londis retailers can also support our official charity partner and this is a terrific way to do that. ”

LauraLynn is the only specialist hospice in Ireland to care for children with life-limiting conditions and their families. The children’s hospice provides palliative and end-of-life care to children with life-limiting conditions and gives respite and support to their families – at the hospice, in the community and in their own homes. The hospice also provides psychological support and counselling, residential family camps, a bereavement programme, music therapies and holistic therapies to the families.

Londis announced that LauraLynn Ireland’s Children’s Hospice are its new national charity partner for the next two years in December and this is the first of many fundraising initiatives Londis retailers are engaging in for the charity.