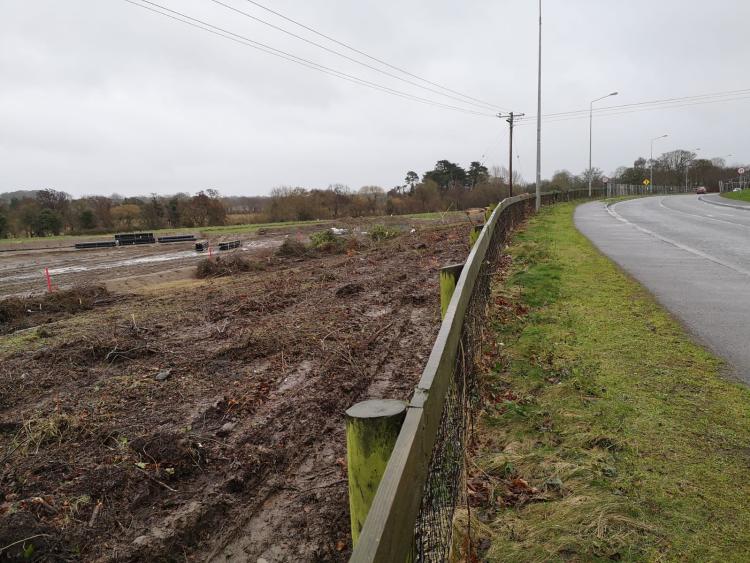 Local residents are concerned that a large part of the hedge and ditch on the Athgarvan Road in Newbridge has been removed in recent days.

Local Cllr Peggy O' Dwyer said she has been contacted by several locals to establish if this is part of the planning permission for the new housing development in the Walshestown area.

Cllr O'Dwyer said: "I am awaiting a response from Kildare County Council  and have expressed my disappointment at the removal  of this mature hedge at a time when we are promoting biodiversity and climate change throughout the county."