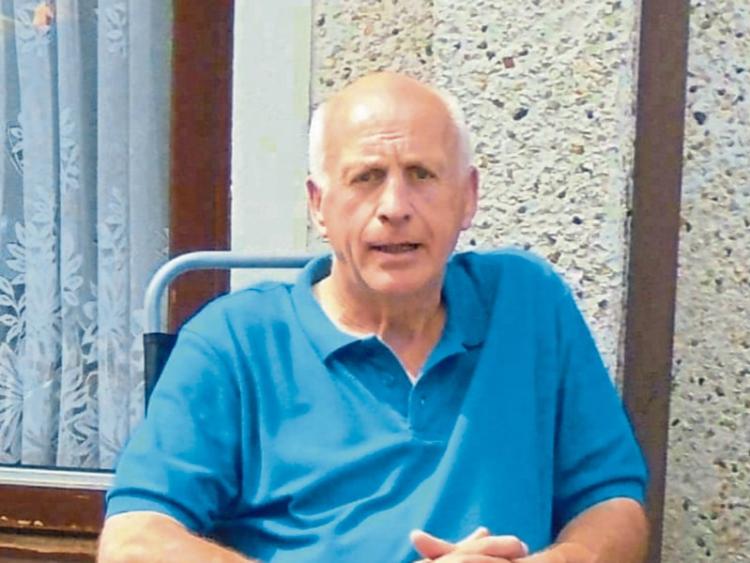 He was just a hero,” is how Roisin McDermott of Celbridge Tidy Towns described Celbridge native, Christopher (Chris, Kit) Noonan, 63, who passed away suddenly and unexpectedly on February 18.

Among other things, many in Celbridge will recall Christopher walking along the Maynooth and Agards road, picking up the litter.

“They are missing him already around Tesco and the Shackletown road,” said Roisin.

Chris was laid to rest at Donaghcumper Cemetery on February 22 after a funeral mass in St Patrick’s Church.

Roisin said he was very private and did not want accolades.

“Chris was a regular visitor to the Glenashling Nursing home for the last six years, signing himself in as “visiting his friends,” said Gary Gavigan who runs the home.

“He had a great capacity to listen and understand and was generous in bringing gifts for residents and staff. Thank you Chris for your sense of giving and respect for all people.”

He was born on May 19, 1957 and he lived with two of his brothers on the Maynooth road, Celbridge, the home of his parents and his grandmother.

Over the years he worked at Donaldson Printing works on the Dublin road in Celbridge, at Ardagh Trailers and at the former IMP factory in Leixlip.

Fr Joe said Chris’s death was sudden and there was a real sense of shock and disbelief in the wide network in Celbridge of which Chris was very much a part.

He said when we remember Chris we recall a very interesting tapestry with many beautiful colours.

“Chris was all over the place.”

He recalled Chris’s commitment to visiting his mother, Sheila, when she was in care, his football playing days with Ballyoulster Utd and his cheering on Leeds Utd.

Passing his condolences to the Noonan and Condell families, Fr Joe said they thanked God for the gift of Chris.

He recalled Chris’s days with Ballyoulster and how they gave him the nickname “The Guzzler” after a trip with the team.

“It was a Good Friday and the team were on a train trip. There was half a glass of beer on the table. The train went into darkness going through a tunnel. When it emerged from it, the glass was empty. We always called him The Guzzler after that.”

Tony recalled Chris as a great and influential midfielder (some called him Titch) who played with the team for around nine years, as did his brother James.

“He never panicked. He was cool and calm. He was never one to panic.”

The highlight year for Chris and the team was 1985 when they won the Leinster Junior Shield.

Then playing in Division 3 of the Leinster Junior League, they were up against Tolka Rovers who were playing in a higher division and were favourites. The underdogs, Ballyoulster, won 2-1.

A great many tributes to Chris were recorded on the www.RIP.ie website following his death as people recalled the Celbridge native. Here is a selection.

Vivienne Doyle said: “A lovely guy. Would never pass you. Always a wave or few words. He will be hugely missed here in his home town which he kept with such great pride. Christopher you will always be remembered as a gentle person with always a kind word. God bless. Never forgotten.”

Ann McEneaney, Beatty Park, said: “He was a shining light for anyone who had the welfare of their community at heart.”

Mick Kelly said:“I have very fond memories of him growing up in Celbridge and his playing years with Ballyoulster FC. A pure gentleman and great team player.”

The Leech family wrote:“A rare diamond, he brought a ray of sunshine to all he encountered.”

Anne Marie Lyons wrote:“He touched so many lives with his kind and generous nature. Rest in peace.”

Celbridge Tidy Towns wrote: “Christy was a true gentleman and a very loyal volunteer of Tidy Towns. He will be missed by the community as a whole.”

Dominic Holohan: “The man was a true gent and will be dearly missed. I will always remember him and the great times we had as boys playing football in Gerry Murray’s field. A game he loved and dribbled as good as Georgie Best. Farewell Chris my old friend. Safe journey to heaven.”

Rev Stephen Neill, on behalf of the Church of Ireland congregation of Christ Church Celbridge, acknowledged Christopher’s help in keeping its grounds clean and tidy and his generous contribution to the betterment of the community.

“He made this place a better place and we pray that he may rest in peace among the Saints and rise in glory,”

George and Angela Carey wrote: “He was one of the good guys.”

Mary and Ger Kenneally wrote: “A true gentleman and a gentle man.”

Chris is survived by his siblings Pauline, James, Oliver, Mary, John and Eileen and wider family.