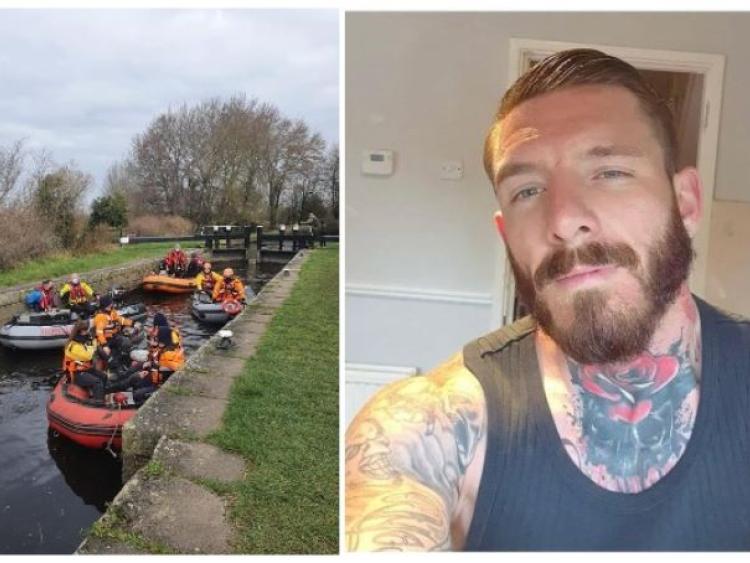 Declan Reid, 34, was kayaking with his eight-year-old son Aaron on Sunday, February 28 when their kayak capsized near Ardreigh Lock on the Barrow.

The boy was rescued from the water by a passerby who spotted them in trouble.

A search for Declan was carried out by garda divers who were later joined by local gardaí and over 80 members of the Civil Defence from Kildare, Laois, Dublin, Carlow, Kilkenny and Waterford.

Search and rescue teams from Meath, Mallow, and Dublin were also involved in the search operation along with local kayakers.
Mr Reid, late of Moorefield Drive, Neilstown, Clondalkin is predeceased by his mother Patricia.

Kildare Gardaí said: "This last week in Athy has been a difficult one for our community.
"An Garda Siochana in Kildare would like to thank all those who joined in the search efforts for Declan Reid RIP.
"To the Garda Water Units in Athlone and Dublin, the Garda Air Support Unit, Kildare Civil Defence led by Patrica McNeela aided by Laois, Dublin, Carlow, Kilkenny and Waterford units. Local kayakers from Athy. Local people and their boats. Mallow search and rescue Meath search and rescue. The Irish underwater search and rescue based in Dublin. To the countless volunteer's who walked many miles searching.
"The Reid family have expressed so much gratitude and thanks for finding Declan. May we send our deepest sympathy to all Declan's family and friends."

Mr Reid will be sadly missed by his son Aaron, his partner Fiona, his father Paul, sister Roisin and extended family, neighbours and friends.

The funeral cortège will pass along the Carlow Road, Emily Square and Leinster Street areas at 9.20am on Wednesday morning en route to the Funeral Mass in Clondalkin.

People are welcome to stand along the route with social distancing being observed at all times.