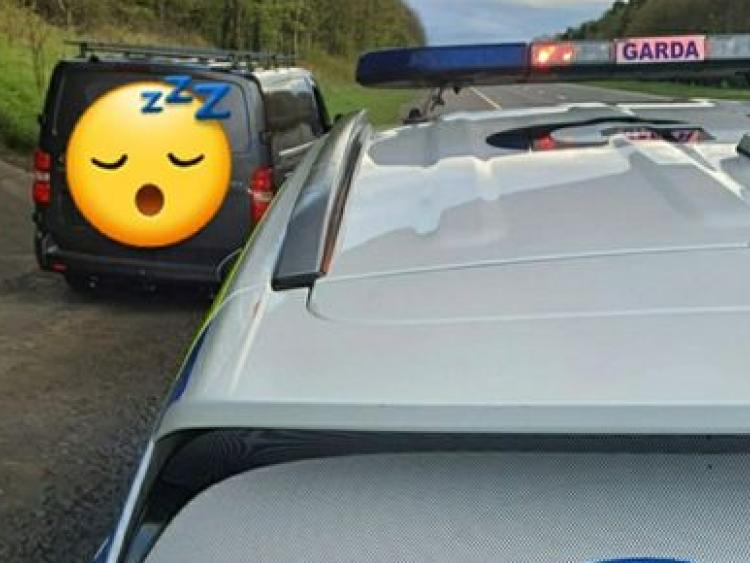 A van driver was found asleep close to the Hard Shoulder of the M7 motorway this week.

The motorist got a rude awakening when he was issued with a fine.

It's illegal to stop on the Hard Shoulder of a motorway unless it is an emergency situation.

Laois Gardaí, who intercepted the driver, issued a statement afterwards.

A spokesperson said: "Laois Roads Policing Unit on patrol this evening came across a driver who decided to take a nap on the M7.

"Driver was escorted off the motorway and issued with fixed charge notice.

"The only time a vehicle should stop on a motorway is in the case of a breakdown or in an emergency situation."