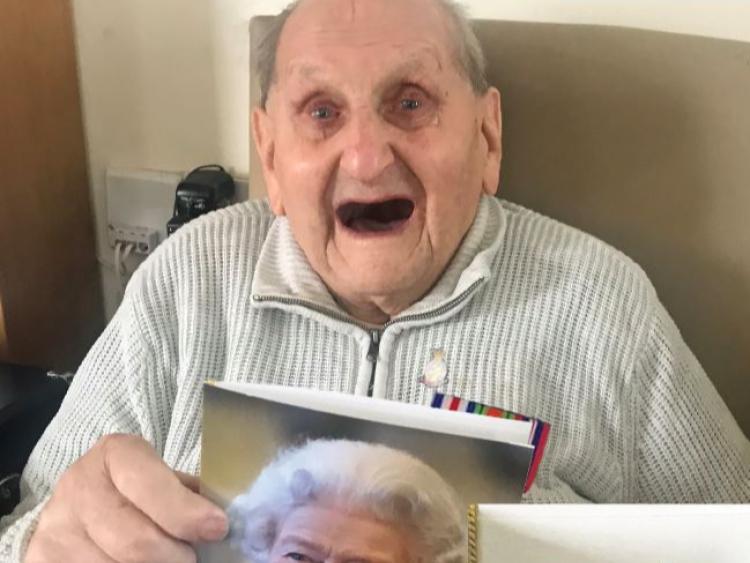 Newbridge-based World War II veteran Joe Wood, who celebrated his 100th birthday, admitted he has never been happier — in his adopted town. 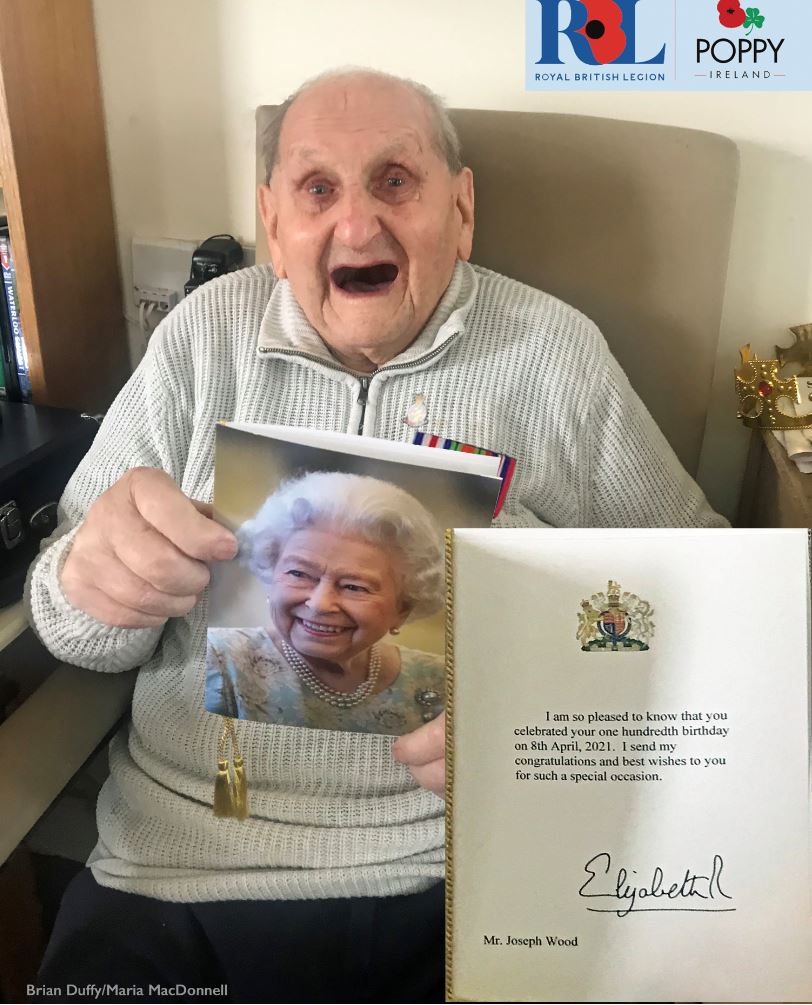 Greetings flooded in from all over Kildare and further afield for the much-loved centenarian, who is originally from Barlborough in Derbyshire, and served in the Royal Air Force from 1941 to 1946.

Joe told the Leader: “I have been amazed by all the people and messages. Just amazed.
“It made me so happy and really made my day. I’m very grateful to everybody.”
Joe came to Newbridge in 2004 soon after his late wife, Waterford native Josephine passed away.
Joe has many friends in Kildare, but no close family, and has been isolating during Covid-19.
But a band of socially distanced well wishers made their way to the jolly man’s home last week to toast the special occasion.
A large cake was produced and there was music and song to make it a memorable occasion while adhering to all Covid-19 restrictions.
He added: “I was around the town today and Whitewater Shopping Centre and people I didn’t even know were coming up to me to wish me a happy birthday.
“People have been so nice.
“One woman said to me: ‘you’re the king of Newbridge!’”
Speaking about the Covid-19 pandemic, Joe said that in all his years, he never experienced anything like it before.
He explained: “I never witnessed anything of this scale. It has shut down the world around us like has never happened before.”
Joe has received his first vaccine but a mild chest infection has delayed him being administered his second jab.
He continued: “It’s very difficult for a lot of people, for businesses, but hopefully it will all be over soon with the vaccines and we can get back to normal.”
Management and staff at Whitewater Shopping Centre in Newbridge, where Joe is a well-known face, also sent their best wishes.
“A daily visitor to Whitewater Shopping Centre, Joe knows all the staff, many by name, and is particularly friendly with the security team in Whitewater Shopping Centre.
“We have lost count of the many girlfriends he has here. We wish you the best of birthdays, Joe, and look forward to seeing you back in Whitewater Shopping Centre once it is safe for you again and lockdown is over,” they said.
A big 98th birthday celebration for Joe was held at the Centre two years ago, for his last birthday before lockdown, when Royal British Legion, ROI, chairman Brian Duffy was able to return the veteran’s refurbished war medals and Danish Liberation Memorial Medal. He also presented Joe with his UK Veteran’s Badge.
Joe told the Leader that he served with the RAF Regiment in Germany, France, Belgium, Poland and Denmark during World War II.
He added: “I can still speak German. We needed it to communicate at the time as it was considered important.”
Joe, who was born in 1921, said he can remember events from the 1920s such as prohibition and labour strikes in the 1930s.

The Royal British Legion, Republic of Ireland, organisation, invited people to send birthday cards and greetings to Joe, which he enjoyed opening on his birthday. (Cards and notes for Joe can still be sent to Joe Wood, c/o RBL, 19 Molesworth St, Dublin 2).

Tributes
Legion members from across Ireland also compiled a touching video of tributes to Joe to mark his centenary.
Joe will be looking forward to many more birthdays and is looking forward to his long awaited freedom when Covid-19 restrictions are lifted soon.