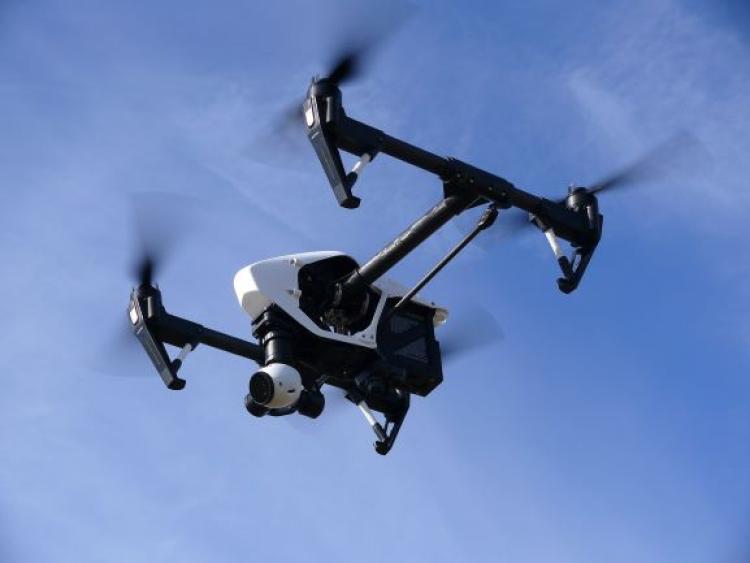 National transport experts will be carrying out drone surveys of the new M7 Sallins Bypass to check how it is operating but said they will not be keeping any data collected from motorists.

The new Sallins Bypass, which opened to traffic at 11am on April 9, was funded by the Department of Transport, Transport Infrastructure Ireland (TII) and Kildare County Council and constructed by the Siac/Colas joint venture.

TII said that it will be carrying out aerial surveys of how the new route operates.
A TII statement said: “Transport Infrastructure Ireland is conducting Unmanned Aerial Vehicle (UAV) surveys along the M7 Naas Bypass and Sallins Bypass in the area of County Kildare.
“The surveys will be carried out during working hours and, subject to weather conditions, the planned dates of the surveys are April-May 2021.
TII UAV operators will carry identification and will be identifiable by TII branded clothing.
“The surveys may inadvertently collect very limited personal data which is not retained.”
The Sallins Bypass, which includes the new Junction 9a Osberstown Interchange and a new Sallins Roundabout, runs from the M7 the Clane Road.
The first phase of this overall project was the M7 widening which was completed and opened to traffic in November 2019.
TII said the opening of the Sallins Bypass will provide greater accessibility to and from the M7 to Naas, Sallins, Clane, Kilcock and surrounding areas.
The new Sallins bypass has approximately 1.7 km of dual carriageway and 1.85 km of single carriageway with seven structures constructed including a structure under the Dublin Cork Railway Line and bridges over the M7 at Osberstown, Grand Canal and River Liffey.
The new route will take significant traffic out of the village of Sallins creating a safer travel environment particularly for local users.
Lower traffic volumes will also improve public transport accessibility and particularly improve access to and from Sallins train station.