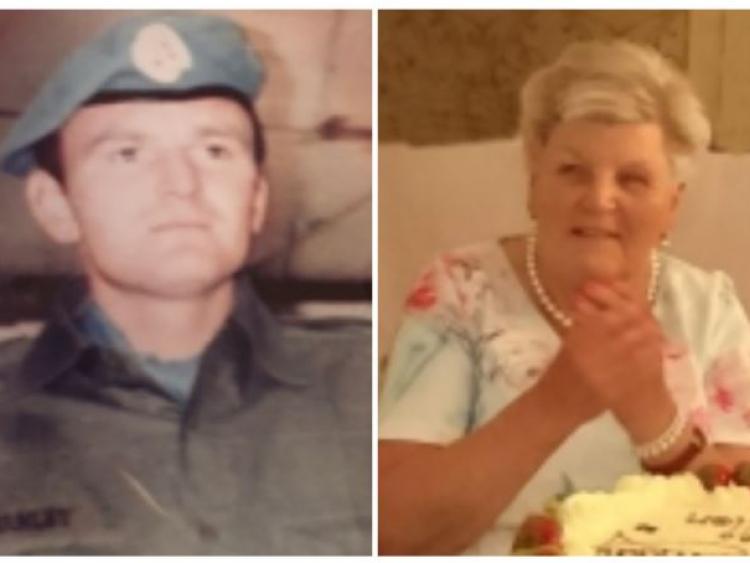 May Fran Rest In Peace

Due to current government guidelines regarding public gatherings, a private family funeral will take place. Those who would have liked to attend the funeral, but due to current restrictions cannot, please feel free to leave a message in the condolence page below. Removal on Monday morning to arrive at St. Conleth's Parish Church, Newbridge, for Requiem Mass at 11am. Burial afterwards in St. Conleth's Cemetery, Newbridge. France's Funeral Mass will be live-streamed on the Newbridge Parish website:

Removal from her residence on Friday morning 23rd to arrive at the Church of the Sacred Heart and St Brigid, Kilcullen for 9.30am requiem Mass. Funeral afterwards to St Brigid's Cemetery.

Due to current guidelines regarding public gatherings, a private funeral will take place, restricted to 10 people in church. Those who would have liked to attend the funeral but due to current guidelines cannot, please feel free to leave a message of condolence for Kathleen's family at the bottom of the page. Kathleen's funeral Mass will be live-streamed on www.mcnmedia.tv

"May Kathleen Rest In Peace"

The death has occurred of David Hanly
Brownstown, The Curragh, Kildare

May David Rest in Peace

A private Funeral will take place due to government advice regarding public gatherings. Removal on Friday from Anderson & Leahy Funeral Home, Newbridge, to arrive at St. Brigid’s Church, The Curragh for 10.30am Mass. Funeral afterwards to Glasnevin Crematorium. David’s Mass will be lived-streamed on St. Brigid’s Church, Facebook page https://m.facebook.com/TheCurraghChurch/ & on https://mcnmedia.tv/camera/glasnevin-cemetery at 12.40pm. Those who would have liked to attend the funeral, but due to current restrictions cannot, please leave a personal message for the family on the condolence page below.

The family thank you for your co-operation, understanding and support during this sensitive time.

"May Ellen Rest In Peace"

Due to current Government guidelines regarding public gatherings, a private family funeral will take place on Friday with a Funeral Mass at 11am in The Church of The Holy Family, Rathcoole. Ellen will be laid to rest in St. Corban's Cemetery, Naas following the Funeral Mass.