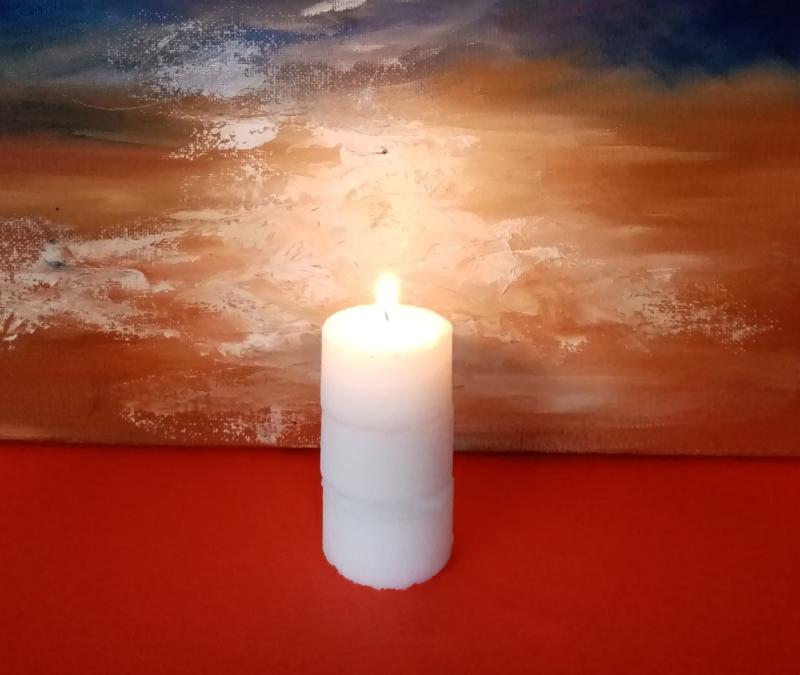 April 26. Peacefully in the loving care of her family and staff at Connolly Hospital, Blanchardstown. Lily, predeceased by her husband Billy, sadly missed by her daughters; Ann (Broad) and Mary (Lube) and son Michael. Deeply regretted by her grandchildren Hazel and Erik, sons-in-law; Frank and Brian, extended family, friends and neighbours.

Due to government advice regarding public gatherings a private funeral Mass will take place for family on Wednesday, April 28th, at 12 noon in The Little Chapel, Kilcock. Burial afterwards in Laraghbryan Cemetery, Maynooth. Lily's funeral Mass can be viewed on www.Facebook.com/ eastcoastvideo Those who would have liked to attend, but due to current restrictions cannot, please leave a personal message for Lily's family in the 'Condolences' section at RIP.ie

Lily's funeral cortège will travel from The Little Chapel to Laraghbryan Cemetery via Dollanstown and Moyglare. Friends and neighbours are very welcome to line that route in a safe and socially distanced manner as a mark of respect.

24 April 2021. John, son of the late Ellen and Jim; sadly missed by his family and friends. May John Rest in Peace. Funeral arrangements later

Due to current Government guidelines regarding public gatherings, a Private Funeral will take place. Those who would like to join the private funeral service remotely by webcam can do so by clicking on https://churchmedia.tv/camera/test on Thursday at 11am. Those who would have liked to attend the Funeral, but due to current restrictions cannot, please feel free to leave a message in the Condolence Book at RIP.ie. House Private Please.

April 25. Peacefully at Beaumont Hospital. Daughter of the late Paul and Kathleen Corrigan. Predeceased by her sister Eileen and brothers Frank and Paul. Deeply regretted by her loving sisters Kathleen Crown, Maeve Sharratt and Rita McGettrick, her brothers-in-law, sisters-in-law, nieces, nephews, relatives and many friends.

Due to current restrictions on public gatherings, a private family funeral will take place. Removal from Anderson and Leahy's Funeral Home on Thursday to arrive at St Conleth's Parish Church for Mass at 2 o'clock. Laura's Funeral Mass will be live streamed on newbridgeparish.ie. Funeral afterwards to St. Conleth's Cemetery, Newbridge. Those who would have liked to have attended but due to current restrictions cannot, can leave their condolences at RIP.ie

26 April. Husband of the late Helen and father of Thomas, David and Peter. Will be dearly missed by his family, daughters in law Mary and Evelyn, grandchildren Michael, Leeanne, Marc, Luka, Polly and baby Mahon, sister Mary, extended family, relatives and friends.

Funeral to the Church of Our Lady and St. Joseph, Caragh on Thursday arriving for 11.00 a.m. Funeral Mass followed by burial in Mainham Cemetery. Given the exceptional climate and to protect everyone who knew Mick, the funeral mass is private for family only (25 persons). Those who would have liked to attend Mick’s funeral, bur due to these restrictions cannot, may leave a personal message for the family on the condolence page at RIP.ie. The family thank you for your co-operation and support during this sensitive time.