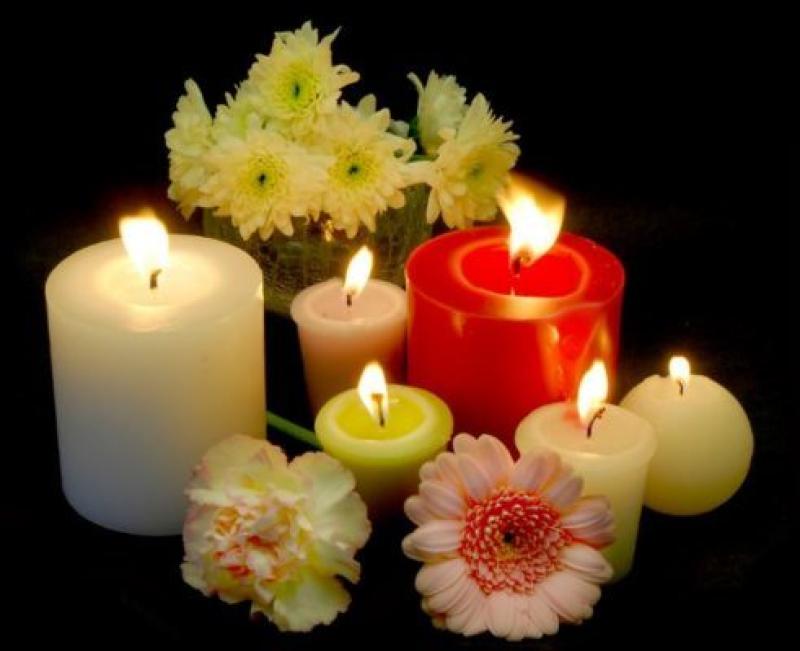 April 27. Late of Woodstock Street, Athy. Passed away peacefully in hospital on 27th April 2021. He will be sadly missed by his sisters Ann and Margaret brother Michael, extended family and friends. Due to government advice regarding public gatherings, a private funeral will take place in England. Those who would have liked attend, but due to current restrictions cannot, please leave a personal message in the 'Condolences' at RIP.ie.

April 27. Formerly of Lithuania, peacefully at Naas Hospital. Loving wife of the late Richard, and adored mother of Vita. Loving grandmother of Aiste and Herkus. Deeply regretted by her sisters Danute and Laima, son-in-law Robert, relatives, and friends. Gene’s Funeral Mass will take place privately due to the Covid 19 restrictions at 11.30 am on Friday next  April  30 in Church of the Holy Trinity, Derrinturn, and then cremation in Mount Jerome Crematorium. Those who would like to attend the funeral, but due to the current restrictions cannot, are invited to leave a personal message for Gene’s family in the condolences section at RIP.ie

April 26. Predeceased by his brothers and sisters Marie, Thomas, Frank and John. Sadly missed by his loving wife Moira, his children Jacinta, Patrick, Geraldine and Christine, sisters Margaret, Lucy and Lilly, brother-in-law Michael, sons-in-law Joseph and John, daughter-in-law Debbie, grandchildren Ryan, Charlie, Josh, Logan, Conor, Alice, Alexanderia, Amelie, Oscar and Avery, nieces and nephews, extended family, relatives and friends. Due to current restrictions on public gatherings, a private family funeral will take place. Removal from his residence on Friday morning to arrive at St Conleth's Parish Church for Mass at 11 o'clock. Paddy's Funeral Mass will be live streamed on newbridgeparish.ie. Funeral afterwards to St. Fintan's Cemetery, Sutton, Dublin. Those who would have liked to have attended but due to current restrictions cannot, can leave their condolences at RIP.ie.

April 26. Peacefully at home, surrounded by his loving family, deeply regretted by his loving wife Mary, children Patrick, Bernie, Dermot, Mary, Valerie, Timmy and Andy, sons-in-law, daughters-in-law, grandchildren, brothers, sister, brothers-in-law, sisters-in-law, nieces, nephews, relatives, neighbours and a large circle of friends. Due to current government guidelines, a private family funeral will take place for Patrick. Those who would have liked to attend the funeral, but due to the current restrictions cannot, please leave a personal message for the family in the condolence's section below. Patrick's Funeral Cortége will be leaving his residence on Thursday morning at approx. 10:30am to arrive at the Church of the Gaurdian Angels, Sallins for 11am Funeral Mass, followed by burial in Bodenstown Cemetery. Those who would like to line the route, may do so in a safe and socially distanced manner.

April 27. Predeceased by his parents Jer and Bridie; Sadly missed by his beloved wife Fran, sons Dean and Gavin and their partners Susanna and Kathy, bothers Jer, Paddy, Joe, Martin, Eamonn, sister Nora, nieces, nephews, extended family, relatives and friends.If you would like to leave a personal message of condolence you may do so in the "Condolences" section at RIP.ie .Funeral arrangements later

April 27. Peacefully in the loving care of the staff of St. Vincent's Hospital Athy. Predeceased by his loving wife Peg, daughter-in-law Geraldine and granddaughter Megan. Deeply Regretted and sadly missed by his loving daughter Margaret Byrne, sons Sean, Barry, Seamus, Pat and close family friend Anne Glynn, son-in-law Ned Byrne, daughters-in-law Maeve, Maura and Mary, sister-in-law Josie, grandchildren Aine, Doireann, Roisin, Niamh, Caitlin, Lauren and Joanne, Marc, Paul, Conor, Ciaran and Bernard, great-grandchildren Grace, Cillian and Rohan. Sadly missed by his nieces, nephews, extended family, friends and Neighbours. A private family funeral will take place for Barney on Thursday morning the 29th of April at 11am in the Church of SS Mary and Lawrence, Crookstown and burial afterwards in the adjoining cemetery. Due to HSE advice on public gatherings, a maximum of 25 people in the church and cemetery. Barney's family would like to thank everyone for their understanding during this difficult time. please leave a message of condolence below.Family flowers only. Donations if desired to St Vincents Hospital Athy. Funeral Mass will be lived streamed on https://narraghmoreandmoone.ie/

April 27th at Naas general hospital, beloved wife of the late Tom, deeply regretted by her loving sons Tommy and John, daughters Gráinne, Deirdre, Ashling and Fiona, sons-in-law, daughters-in-law, grandchildren and great-grandchildren her niece Ursula and nephew Martin, neighbours, relatives and friends.Funeral will be arriving at the Church of the Sacred Heart & St Brigid's, Kilcullen on Thursday morning April 29th arriving for 9.30am Requiem Mass, (via Gilltown) funeral afterwards to New Abbey Cemetery. Due to current guidelines regarding public gatherings, a private funeral will take place, restricted to 25 people in church. Those who would have liked to attend the funeral but due to current guidelines cannot, please feel free to leave a message of condolence for Vera's family at the bottom of the page. Vera's Funeral Mass will be live-streamed on www.mcnmedia.tv

April 26. Suddenly.  Sadly missed by his parents Noel and Noreen, brother Gerard, sister Cara and their partners Úna and Andrew, nephews Thomas, Ryan and Cian, niece Áine, extended family, relatives and friends. Removal from the family home on Thursday at 1.15pm to St Macartan’s Cathedral for Requiem Mass at 2pm. Burial afterwards in Latlurcan Cemetery. In keeping with HSE / government guidelines, the house and funeral will be private. Mass can be viewed online at https://www.mcnmedia.tv/camera/st-macartans-cathedral-monaghan