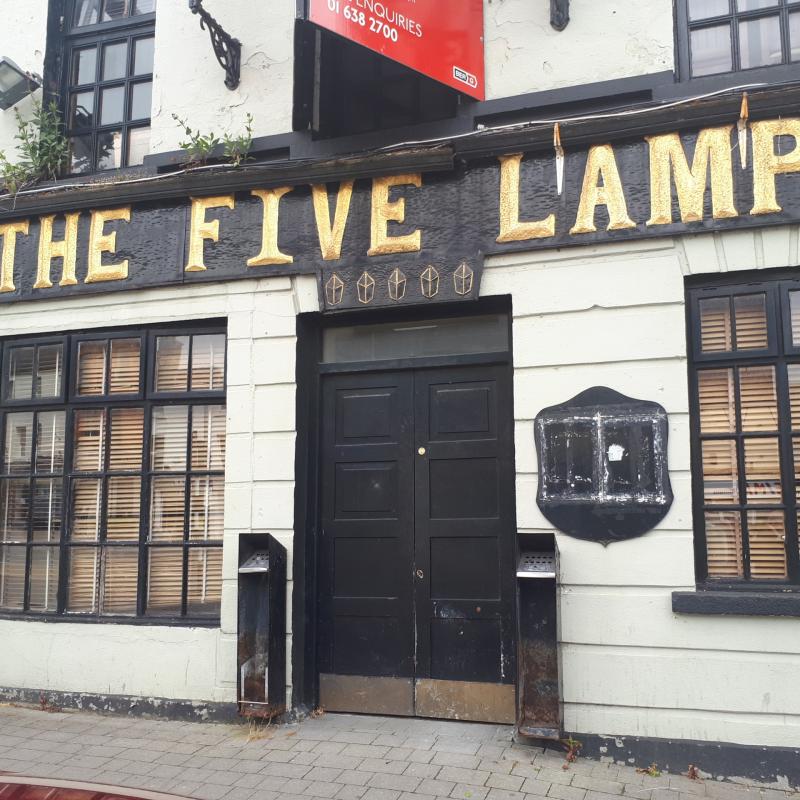 The latest addition to the food and drink business on the high street in Naas town centre looks likely to be a gastro pub.

The operators of The Monread bar and lounge at Monread Avenue on the town’s outskirts plan to open the new business at The Five Lamps premises, South Main Street.

Robbie Kavanagh, proprietor of The Monread says he’s interested in opening an enterprise at the currently closed Five Lamps.

“A deal has been verbally done but nothing is finalised. I’d hope to establish a premises serving food as well. There is a lot of work to be done on legal issues as well and the solicitors are not yet involved, but I’m interested in the idea. It could turn out that we can’t take it up, but obviously we're interested,” Mr Kavanagh said.

He also said that a possible stumbling block could emerge in the form of an adjacent house, which is a preserved structure.

Mr Kavanagh took a 35 year lease on the former Monread Lodge over four years ago and it reopened near the end of 2016.

He has worked in the licensed trade since starting as a 16 year old at Tallaght’s Belgard Inn.

He also operates Town in Leixlip, Arcadia in Kiltipper near Tallaght, and The Paddocks in Clonee, County Meath.

The launch of The Monread was the first new pub in Naas since April 2015 - when One New Row opened.

The Five Lamps, which forms part of the Naas Shopping Centre, has been closed for two and a half years. It didn’t reopen after the October bank holiday weekend in 2018.

If the relaunch comes to pass it will be the latest gastro pub to open in the town after Fletchers, the Gastro 101 Grill, 33 South Main and Grace’s - as the drift towards pubs with a food offering becomes firmly established.

It also understood that the nearby McCormack’s bar, which has only ever existed as a “wet pub”,  is currently undergoing renovations works which will see food provided there also.