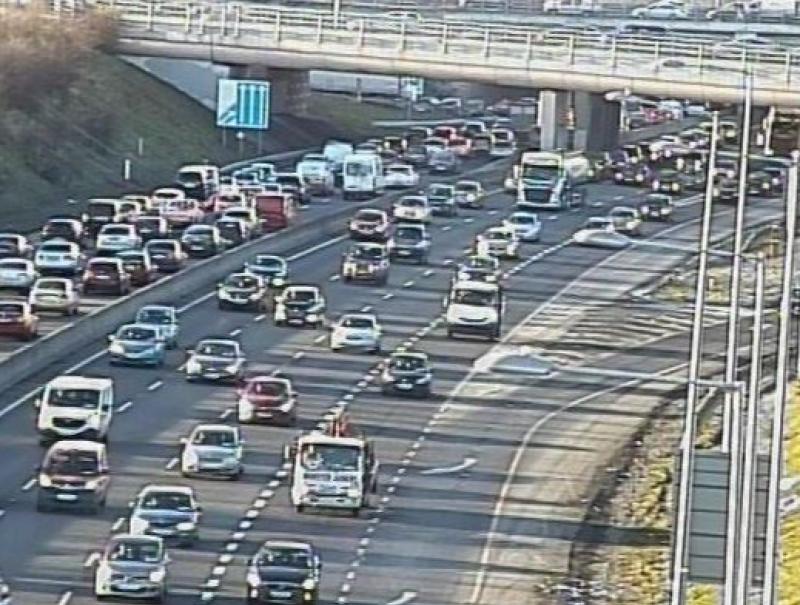 A judge told Naas District Court he regularly gets the “one finger sign” when driving near Naas.

Judge Desmond Zaidan was commenting on the impatience of many motorists using the N7.

"I come across it every day. If I was to report every incident the gardaí would be very busy."

He was hearing the case of a man who, the court heard, was driving at up to 186 km/h because he was frustrated that  the car in front was speeding up and slowing down, Naas District Court heard on June 2.

David Flood, 46, whose address was given as 15 Castlelyons Green, Newcastle, was prosecuted for careless driving. at a court hearing on June 6.

Garda Dan Mannix told the court the incident occurred at 9.20am on the M7 at Mayfield, near Monasterevin, which is a 120 km/h zone. He said he  was travelling in a southbound direction and there was not much traffic in the area at the time.

“I’ve a duty to protect the public, that’s crazy stuff,” he said.

The defendant, he said, could have gone into the slow lane and if he had lost control he could have died or been seriously maimed.

Solicitor Tim Kennelly said the car in front was being driven in an erratic manner and the defendant felt he had to get away from it.

He said he wasn’t speeding for the sake of speeding and has moved to a remote part of Wexford where he has to drive his daughter to school, a distance of 20 kilometres.

He said he had learned his lesson and had never come to the attention of the gardaí.

He also said the loss of the man’s licence would be almost like a death sentence because his employer would not keep him if he was unable to drive.

“I think this will be the only time you will see him in court,” added Mr Kennelly. Judge Desmond Zaidan adjourned the case for the defendant to make a €4,000 donation to a road safety programme run for transition year students by the gardaí and Mondello Park.