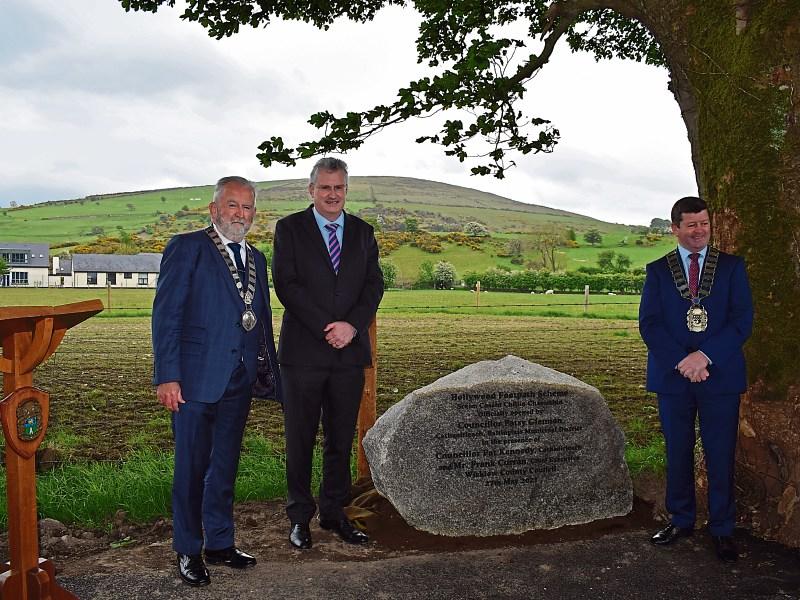 A new footpath connecting Hollywood village to Hollywood cross on the N81 — a long sought after community facility — has arrived.

Cllr Patsy Glennon acknowledged the goodwill shown by the Corrigan family in facilitating the project. Opening the pathway, Cllr Glennon said the path “will be of particular benefit to our younger generation and to our senior citizens and will enhance the attraction of Hollywood”.

He also noted that it’s often something of an uphill struggle to secure infrastructrue for areas like Manor Kilbride, Lacken, Ballyknocken, Valleymount, Dunlavin, Donard, Knockananna, and Hollywood.