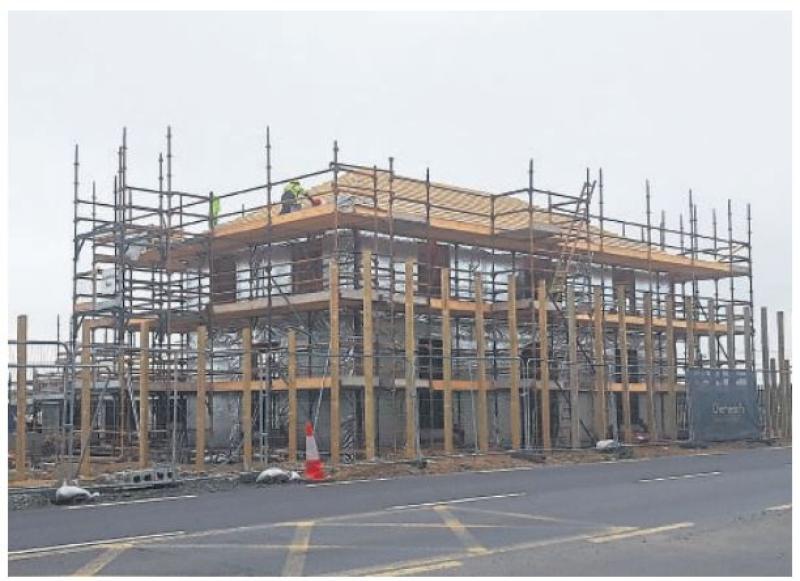 Kildare County Council has declined to comment on whether it is taking any enforcement action against a developer for demolishing the well known landmark — Kilbelin House — in Newbridge.

Glenveagh Properties, based in Maynooth, insisted that it proceeded with the demolition in May following engagement with the council.

It said it is currently rebuilding the structure on a like-for-like basis, to be used as a creche to cater for new local homes.

The developers are currently developing the surrounding area as part of its Belin Woods residential housing scheme.

Cllr Chris Pender raised the issue at the local Municipal District meeting on July 21 and asked for an update on a warning letter sent to Glenveagh Properties on May 25 which required the company to respond within four weeks.

The council responded that it received a submission from Glenveagh Properties in response to its letter ‘and is currently under consideration’.

Senior Executive Officer in the Strategic Projects and Public Realm section of the Council, Mairéad Hunt, said she could not discuss the details of an ongoing possible enforcement case in a public forum.

In May, a spokesperson for Glenveagh Properties had told the Leader: “On Saturday [15 May 2021] Glenveagh demolished Kilbelin House, a disused farmhouse on the Belin Woods development site.”

The statement added: “The building was structurally unsound, in an unsafe, deteriorated condition and could not be salvaged.
“Glenveagh proceeded with the demolition following engagement with Kildare County Council.

“The building will be rebuilt on a like-for-like basis and will be used as a creche in the local community.”
Belin Woods is a new development comprising of two, three and four bedroom family homes.
The riverside setting just minutes from Newbridge town centre and has transport links such as the M7.
The Kilbelin area has close links with the origin of the modern town as landlord William Hannon of Kilbelin and two other landlords provided the original land for the Cavalry Barracks which was built by the British between 1815 and 1819.