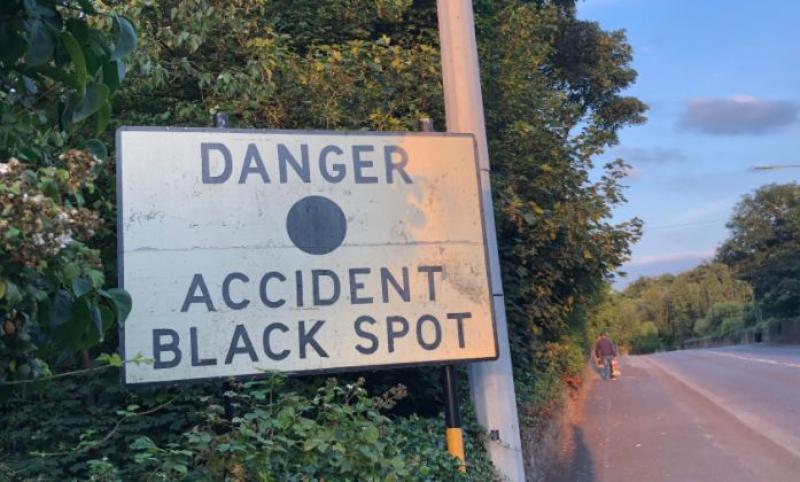 Kildare Co Council has agreed to carry out improvement works, if funding is available, at a junction near Monasterevin.

Councillor Noel Connolly had called on the local authority to implement traffic calming and accident prevention measures at Ballykelly Crossroads as a matter of urgency.

The council responded that there is no funding allocated to carry out any works at this location in the 2021 budget.
But officials said the Municipal District Office will include Ballykelly Crossroads in the line marking schedule for 2022 — subject to budget availability.

Cllr Connolly said that motorists ‘play Russian roulette’ at the junction because it is on the brow of a hill and sightlines are poor.

He added: “Something has to be done.”

Cllr Mark Stafford said that regular grass and hedge cutting is very important at this junction because it improves visibility.

Meanwhile, Cllr Peggy O’Dwyer called on the council to consider additional speed reducing measures at the roundabout between the Roseberry/Barretstown Road and Newbridge College junction.

The Council said the Municipal District Office will renew the road markings but it added that any speed issues after that is a matter for local gardaí to enforce.