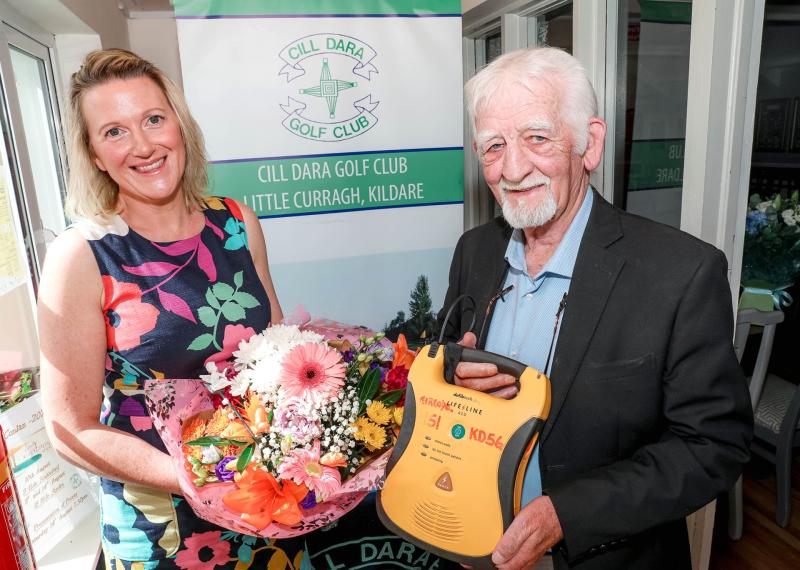 A retired army man has finally got to thank — in person — the 'guardian angel' who helped save his life when he collapsed with a cardiac arrest at Cill Dara Golf Club in Kildare town in June.

Newbridge resident Tony O’Brien, whose story featured on the front of the Leinster Leader two weeks ago, suffered a cardiac arrest on June 21 but golf club administrator Joanne Mulligan was among a group of people who helped save his life with a defibrillator.

Tony, who is aged in his 70s, has presented a bouquet of flowers to Joanne as a symbol of his appreciation. 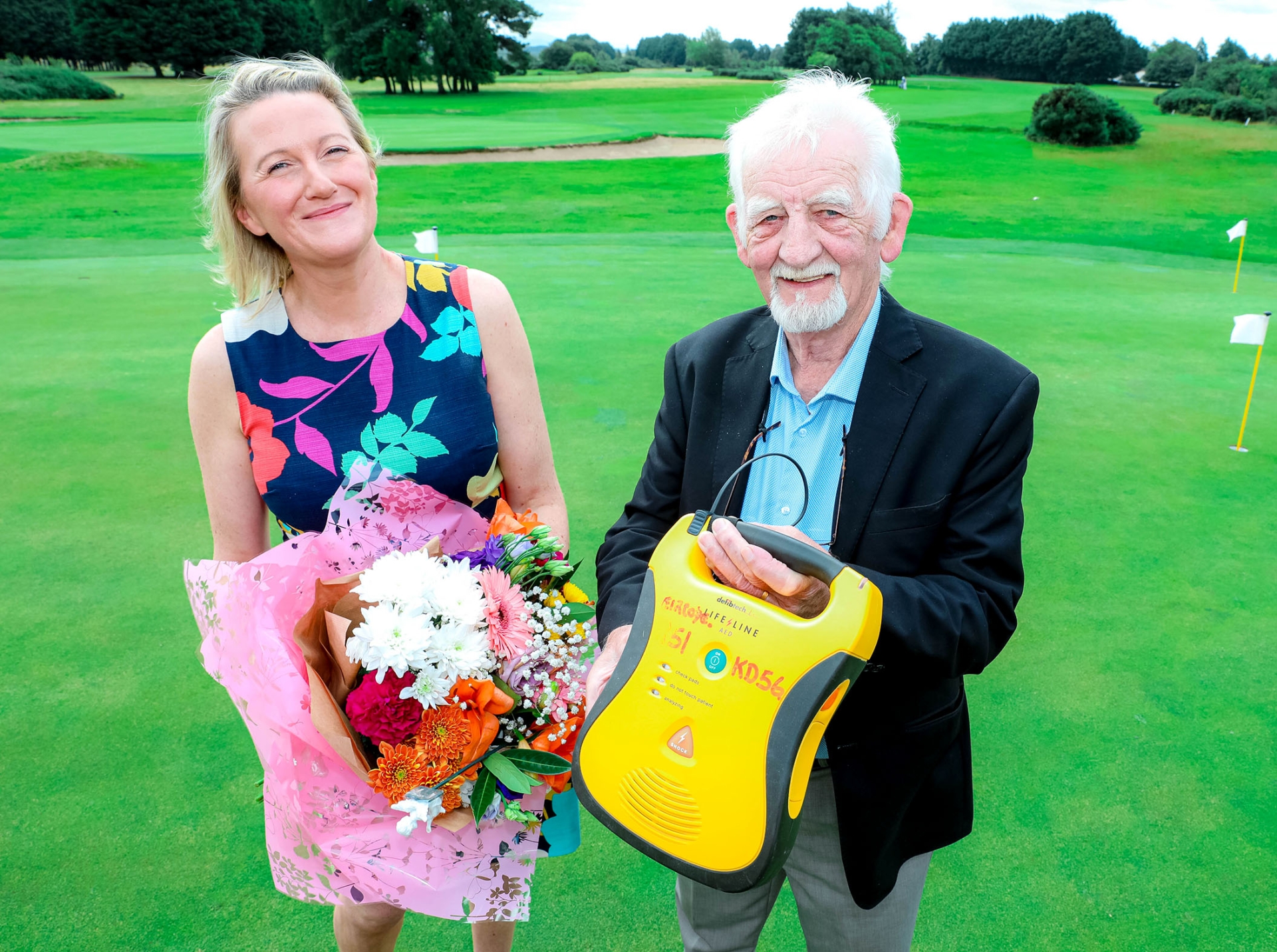 He said: “Joanne saved my life, pure and simple. She is my guardian angel! Only for her I’d be dead now.” 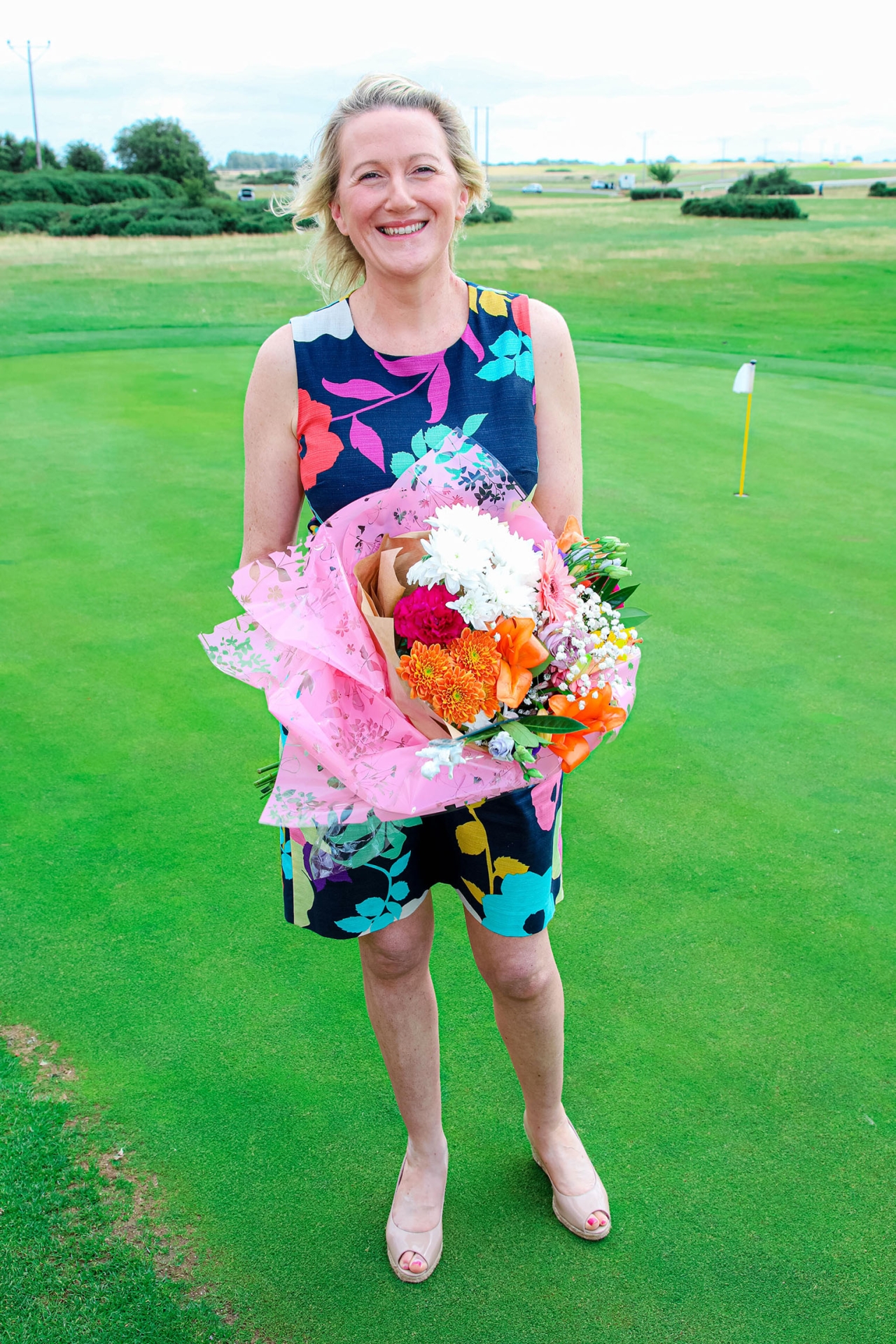 Joanne, from Mullacash near Naas, said operating a defibrillator was part of First Aid training she had completed. She also thanked others who came to the aid of Tony on that day.

Tony is now well on the way to full recovery and is back playing golf on a limited basis.