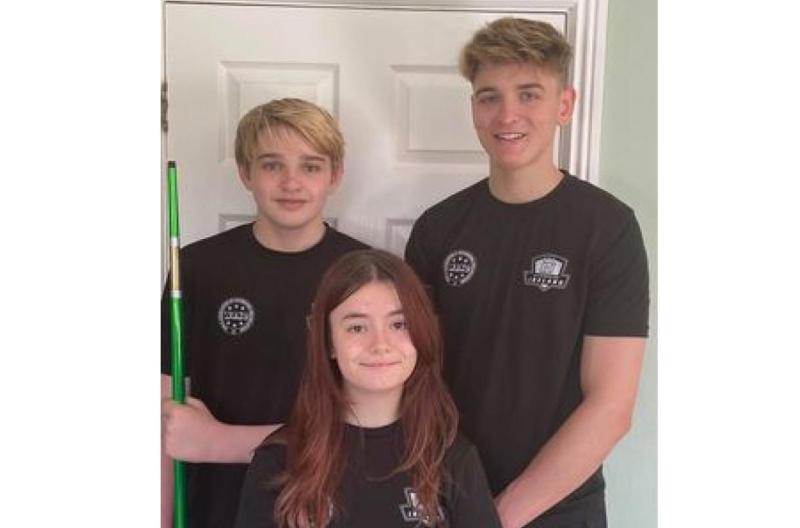 Brothers Conor (21) and Louis McGlinchey (15) from Carbury and Naoise Colvin (18) from Edenderry, Co Offaly are aiming high on the Irish Kickboxing team.

On the 15th October, Conor will be flying to Venice, Italy for the WAKO World kickboxing Championships. He will be fighting in the senior men’s point fighting -89kg.

Naoise and Louis are heading to Budva in Montenegro on the 5th November for the WAKO European junior championships. Naoise will be fighting in the -50kg junior girls and Louis will be competing in the older cadet musical weapons with his bo staff.

Conor, who is a multi world and European Champion recently won gold at the Hungarian World Cup - his first tournament since the start of the pandemic.

Over the last couple of months they have been training six times a week, sometimes twice a day.

All three athletes’ work ethic and dedication are exemplary.

Conor is a member of the American Team Proper and is planning to continue competing in the USA when restrictions allow.

Naoise is a valued member of Team Smack run by Patrick White and often represents them in numerous national and international events.

Naoise is about to begin a degree in DCU in analytical science and Conor is studying Law in UCC, he is a recipient of their sports scholarship.
Louis is a TY student at st Mary’s Secondary in Edenderry.

Although kickboxing has achieved Olympic recognition and Irish kick are some of the most successful Irish athletes, they still do not receive government funding.

In order to represent their country , they have to do their own fundraising. If any local businesses wish to support these young athletes, feel free to contact emiliejohnson99@msn.com

We wish them the best of skills at the World & European Championships!