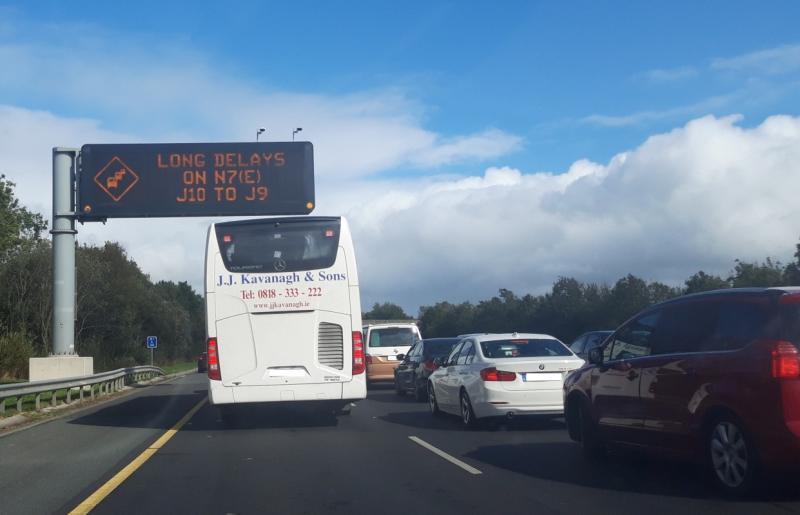 Gardaí are still investigating a the circumstances surrounding a fatal accident on the outskirts of the town last weekend.

It is understood that the deceased man was a  native of eastern Europe.

The accident happened on the northbound side of the M7 near Osberstown and shortly before Junction 9a.

The incident led to long traffic tailbacks on the M7 on Sunday morning and afternoon.

It's believed that the man was originally from Moldova, was aged 33 and lived in County Tipperary.

It is also understood that the accident involved at least two vehicles and happened at 9.38 pm on Saturday.

The deceased was originally taken to Tallaght University Hospital where he later passed away. A post-mortem examination will take place in due course.

The drivers of two vehicles, a man and a woman, along with a female passenger were taken to Naas General Hospital to receive treatment. It's believed that their injuries are not life threatening.

It's thought that one impact occurred after people left one or more vehicles and that the deceased was not walking on the the route.

Gardaí are still trying to piece together what happened and it appears that there was initial impact between a vehicles and a roadside barrier and a second collision occurred moments afterwards.

Anybody with information in relation to  the incident is asked to contact Naas Garda Station.