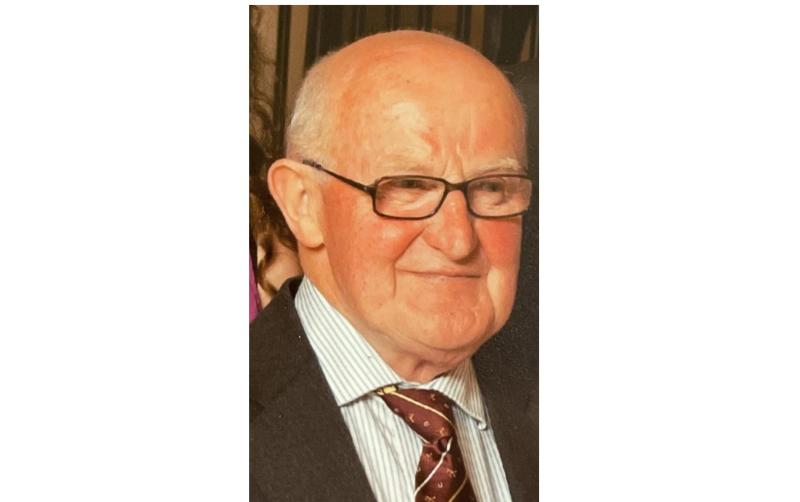 Tributes have been paid to the late Jim Murphy — a former army colonel who was also heavily involved in the Racing Academy and Centre Of Education (RACE) in Kildare town.

Mr Murphy will be sadly missed by his wife Maud, children Harry, Peter and Róisín — a celebrity architect who presented the popular Home Rescue programme on RTE.
He was also adored by his grandchildren Oisín, Meadhbh, Alex, Ross, Ciara, Clodagh, Jay, Harry and Kitty and great grandchildren Fiadh, Ruadh and Anna.
Also mourning him are daughters in law Helene, Celine and Alice, brother in law, sisters in law, nephews, nieces, relatives, neighbours and friends.
Mr Murphy’s funeral mass took place at St Brigid’s Parish Church, Kildare town, on Wednesday morning last.
Cremation afterwards took place afterwards in Mount Jerome Crematorium in Dublin.
Mr Murphy, who previously lived in the Curragh and Monasterevin passed away peacefully at home in Kildare town surrounded by his loving family on September 12.
Daughter Róisín said: “He died after a slice of apple tart and a cup of tea, at home.”
She added: “He will be so missed. Young at heart.”
In a tribute on Facebook, Roisin said. “He was some craic. My dad . He had a legacy of being excessively charming and funny given those blessings if you were out and about with him even for a walk it was always like being in the main event.
“I took three weeks off one year before kids to travel to Vietnam with him, to be fair I was going anyway, he followed saying he had to look after me but I needed to look after him such was the giddy nature of him.
“He rode racehorses till he was 80, loved poker, rugby, started the Curragh rugby club for his kids, He was mad for the Chieftains and woke me every morning as a kid with Boils The Breakfast Early or the Charge of the Light Brigade … depending on the day’s events .
“He was an officer in the Irish army and loved it with all his heart following in after his own father, he made friends wherever he went and was always up to talk to anyone at anytime.
“Most recently calling me at half six in the morning to check how I was, I loved hearing from him day or night or early morning. He will be so missed.”
UK-based comedienne and actor Aisling Bea, a former neighbour of Mr Murphy, said he was “one of the best men I have ever known and our adopted grandad.”