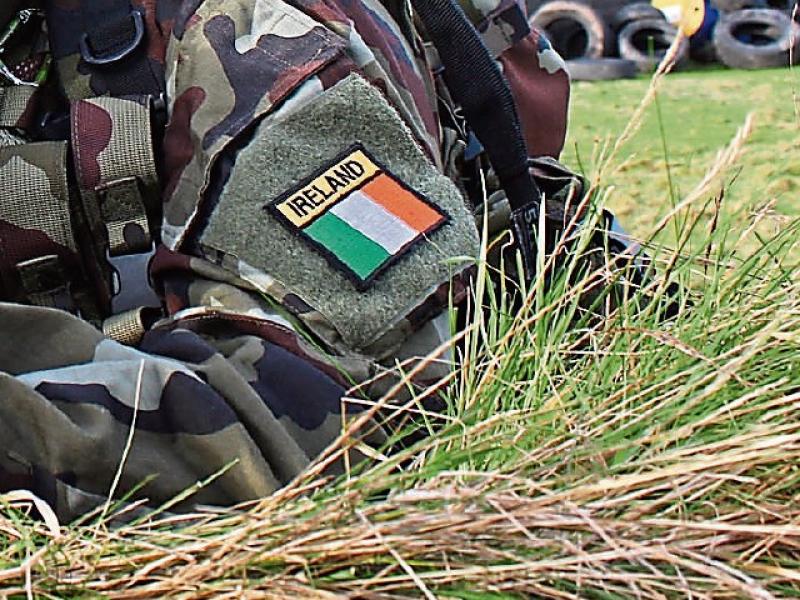 File photo via the Permanent Defence Forces of Ireland (PDF)

The alleged theft of weapons components from Army stores has been investigated by the Permanent Defence Forces of Ireland (PDF) and gardaí for a number of months.

According to The Irish Times, it has been reported that hundreds of pages of documents have been examined as part of the investigation.

These include records showing weapons and their components being signed out and back in.

It is understand the Garda became involved on foot of a request by the PDF.

Investigations of alleged crimes on military property are typically handled by the Military Police (MP), but the organisation also has the option of going to the Garda for assistance when it comes to serious offences.

A report by Irish MP is due to be finalised in the near future for both the PDF senior leadership and the Department of Defence.

No arrests have been made to date and inquiries are ongoing.

The Irish Times also reported that a spokesperson for the PDF made no comment in relation to the news about the investigation, while the Dept of Defence did not respond to a request for comment.

Weapons and weapon parts going missing from military bases in Ireland is not unheard of: several years ago, gardaí  conducting a drugs raid in Kildare found a military issued non-lethal grenade in a house.

Arguably the most well-known case occurred in 1973, a high-powered general purpose machine gun was stolen from Clancy Barracks in Dublin.

It was believed to have later been sold to the Official IRA.

MP Corporal Michael Donnelly was later dishonourably discharged over this, and although he appealed his dismissal, the Supreme Court ruled against him.