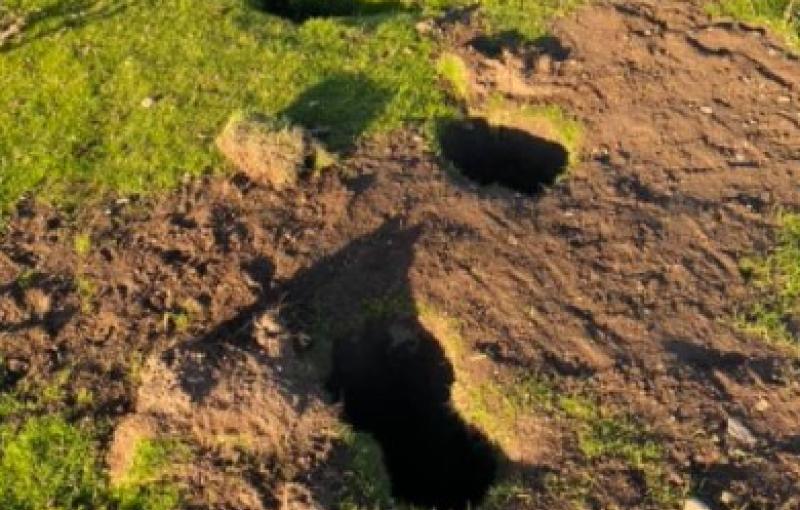 Locals of The Curragh have taken to Facebook to express their frustrations over a well-known site on the land being damaged.

The Facebook page known as Protect The Curragh Plains (PTCP) showed off photographs displaying a number of holes present at the Gibbet Rath.

PTCP attached the following caption to the post: "Attention was brought to the group on the damage done to the Gibbet Rath in recent days. It’s obviously that who ever done this is ignorant to the ancient and more recent history of the place."

"The damage was reported to the County Kildare Heritage Officer."

'Whoever is doing it knows they can get away with it:' Political party rep hits out at illegal dumping at Kildare site

Speaking on the photographs, Fianna Faíl Senator Fiona O'Loughlin said she wants the incident to be investigated by local gardaí.

She told the Leader: "I am calling an Garda Siochana to investigate this issue: we need to ensure that we are protecting our historical sights and preserving them for the next generation."

"If we allow this type of vandalism to go unchecked then we will be left with nothing."

Senator O' Loughlin continued: "Protections are absolutely needed on the Curragh, from this type of behaviour, but also from illegal encampments.

"We need the perpetrators to be found and sanctioned."

Senator O'Loughlin has previously called for the Curragh to be awarded national heritage park status.

Many commenters on the original post have speculated that the damage occurred as a result of a reckless metal detection venture.

Under current laws, to use a metal detection device for the purpose of searching for archaeological objects anywhere within the state is illegal and can lead to €63,486 fine and/or up to 3 months imprisonment.

This refers to the execution of several hundred rebels by British forces during the Irish Rebellion of 1798 at the Curragh of Kildare on May 29 1798.

It is estimated that around 350 rebels were murdered by British soldiers at the site.

The statue of Saint Brigid at the Market Square of Kildare is dedicated to the memory of all the victims at Gibbet Rath.