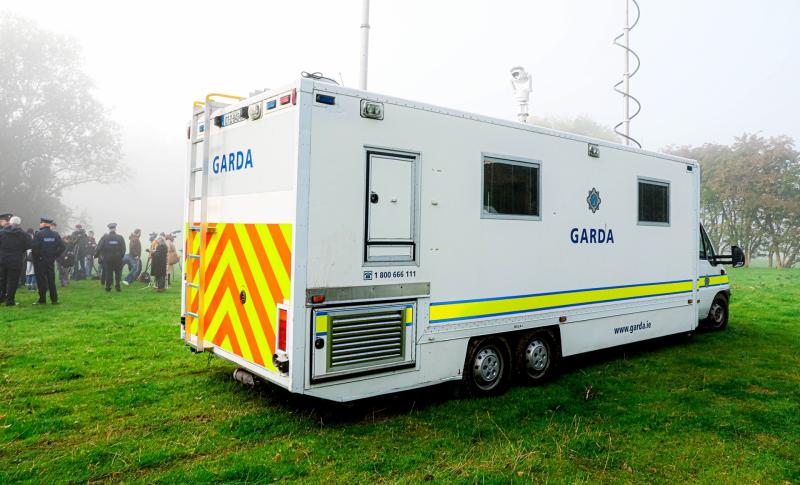 A Garda mobile incident room at the scene of the search this morning on the Kildare/Wicklow border / PHOTO: AISHLING CONWAY

An area of dense woodland on the Kildare/Wicklow border will be searched over the next three weeks for any evidence linked to missing Newbridge teenager Deirdre Jacob because suspicious activity was seen there the day she disappeared in July 1998. 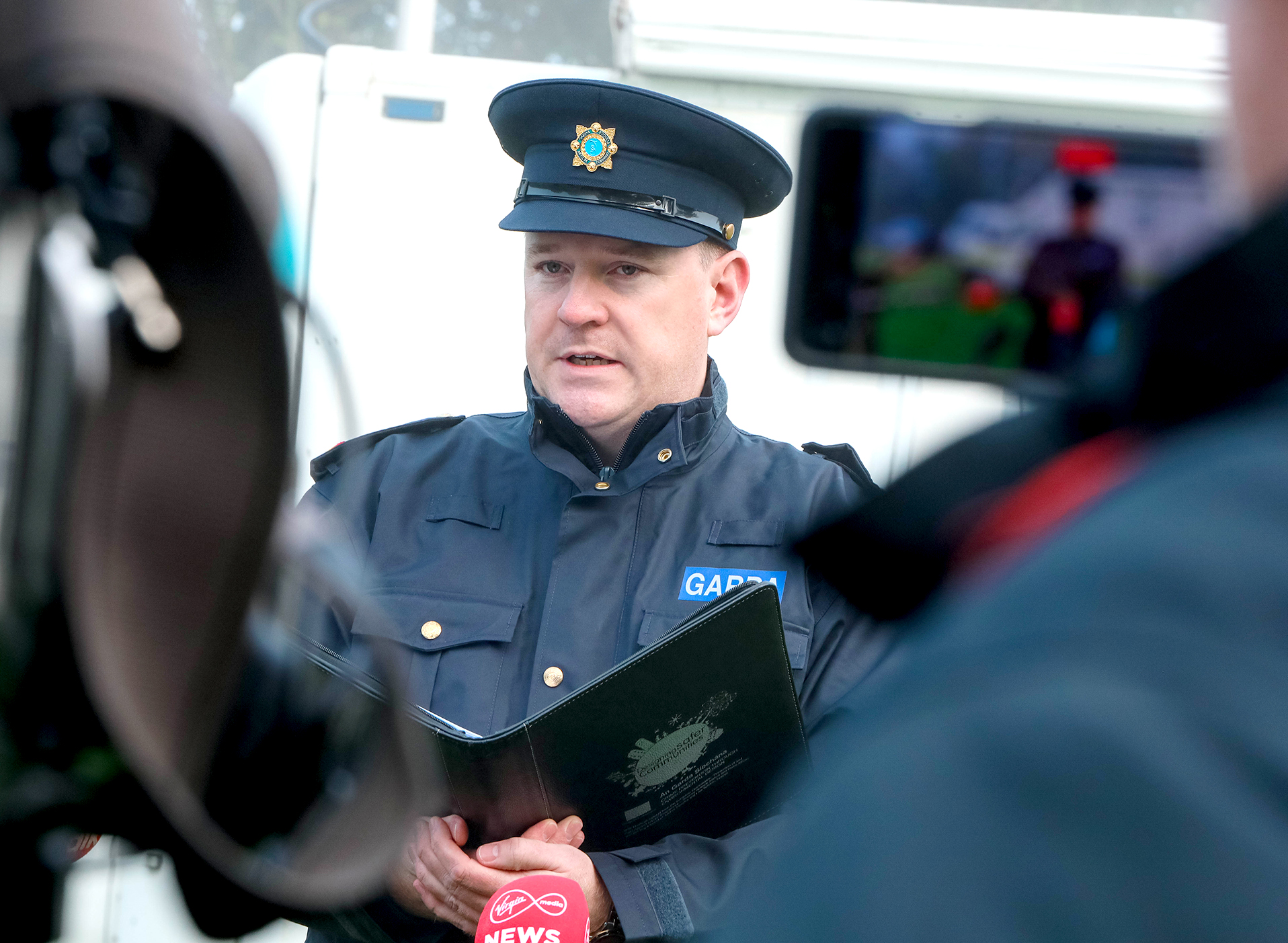 Inspector John Fitzgerald of Kildare Garda Station said at the scene at Taggardstown near Kilgowan on Monday that 15 gardaí would be involved in a painstaking examination of the three-acre site.

The senior officer confirmed suspicious activity was witnessed in the area on the same day that Ms Jacob vanished near her home in Newbridge.

Insp Fitzgerald told a media briefing at the scene: “It’s a big step for gardaí to take this ground and have it searched."

When the inspector was asked if gardaí were hoping to find evidence of more than one missing woman, he replied:

“It's important that we manage expectations here, and not get ahead of ourselves.

“There was unusual activity noticed here. We're conducting a search to see if there is any evidence here, and we will form our investigation around any evidence that is recovered.”

The family of Ms Jacob have been informed of the development and being liaised with closely.
Gardaí also said that a forensic archaeologist advised gardaí to carryout the search in October for optimum conditions.
Insp Fitzgerald explained: “We are reliant on the advice of the forensic archaeologist in terms of growth and wildlife considerations and on that basis October was identified as the month to carry out the search.”
The officer said the information was received some time ago and reviewed as part of the murder investigation and has been found to be more relevant than had been initially thought.
Three years ago, gardaí upgraded the missing person’s case to a murder investigation and a file on the case is currently with the Director of Public Prosecutions.
Significantly, the search site is about 15km from the last-known sighting of another missing woman, Jo Jo Dollard in Moone village in Moone village in 1995.
The Jo Jo Dullard case was also upgraded to murder earlier this year
However the inspector said gardaí were making no direct link at this stage between the search site and the disappearance of the Kilkenny native.
The search is being carried out by a Divisional Search team which is drawn from garda stations within the Kildare Garda Division.
The area is being managed by a Crime Scene Manager from the Garda Technical Bureau and the forensic archeologist Dr Niamh McCullough will be on site each day.
Witnesses have been re-interviewed and evidence re-examined and this has led to the emergence of what gardaí describe as newly discovered credible information relating to dense woods in south Kildare.
A mobile incident room is to be set up on the site for the duration of the search and the Defence Forces are on standby.
Gardaí say they are searching for human remains, clothing or any evidential material that could help progress not just the Deirdre Jacob inquiry but any of the other inquiries in relation to any of the other missing women
Insp Fitzgerald added: “There was unusual activity noticed at this woodland in and around the time that Deirdre went missing, and based on that, we felt it prudent to commence a thorough search of the area here.
“The area has been under review for some time. We have carried out a cursory search initially some time ago.
“The recommendation was to carry out a search sometime in October, to give us the best chance of having success, based on it having thick woodland, there is a lot of undergrowth there. This time of year would give us the best opportunity of gathering evidence that may be here.”
The area is 15km from where convicted criminal Larry Murphy lived at the time and close to where he was caught with a woman whom he had abducted and raped.
Murphy has always denied any involvement in the disappearance of any of the missing women in the Leinster area.
The general area of the search of located in a remote area off a side road of the R448 which was once the main Kilcullen to Carlow road.
Gardaí are hopeful that the search may yield clues about the disappearance of Ms Jacob but are also realistic about the prospects of the operation.
Asked if they are specifically looking for human remains, Insp Fitzgerald said: “We are looking for any evidence that's here.”
The officer also thanked the public for the “significant assistance” given over the 23 years since Ms Jacob’s disappearance close to her home.