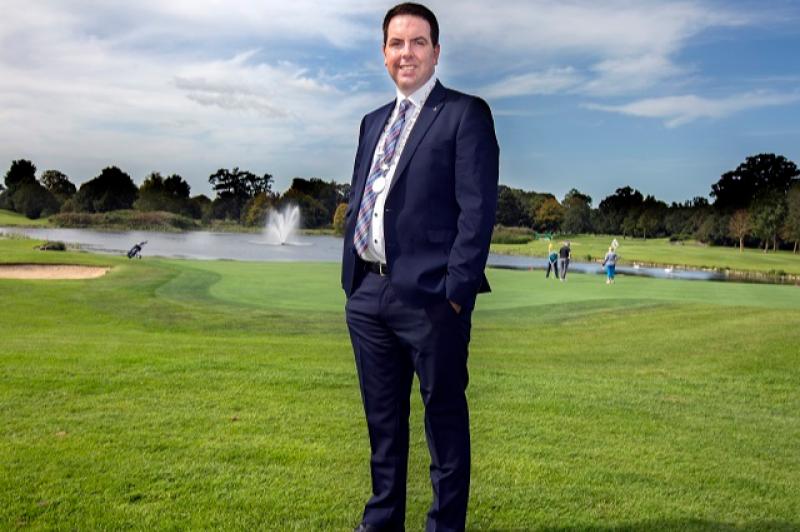 The County Kildare Chamber (CKC) last night voted to re-elect its current President for a third term at its most recent Annual General Meeting.

Luke Hanahoe was first elected as the President of the CKC back in 2019.

CKC said in a statement on the announcement: "Luke Hanahoe is incredibly excited about the year ahead and looks forward to working with all key stakeholders in the region to ensure that Kildare continues to be one of the country’s leading growth centres over the coming years.

It added that The Chamber over the next number of months will be in both Dubai and Boston, as they continue to promote Kildare and seek to attract new business to the county.

Speaking after formally accepting the role from the membership of CKC President Luke Hanahoe, who is also a Managing Partner of Hanahoe and Hanahoe Solicitors, commented on the strength of the Chamber and its commanding voice for business.

He said: "The Chamber is embarking on a range of exciting new projects which are all focused around positioning the county as the ideal location for business enterprise to set up in."

"It is my absolute privilege to be re- elected as President of County Kildare Chamber and I look forward to a very exciting year ahead."

Mr Hanahoe continued: "Reacting to the needs of our members, we are in the process of recruiting for a policy executive to join the Chamber team.

"This will further strengthen our role as policy drivers in the county and will have a particular focus on strengthening our engagement with local and national Government.

"I am also delighted to announce in March 2022 the Chamber will be leading a trade visit to Boston, focusing on attracting businesses to set up their European HQ’s in Kildare."

He added that he was excited to welcoming back in-person events for CKC's members and to meet face to face the businesses who have joined during the past 20 months.

"Despite Covid and the impact businesses are facing with Brexit, our Chamber has actually increased its membership over the last 18 months: such an achievement speaks to the relentless hard work and drive of our CEO Allan Shine and Marketing & Communications Manager Jennifer Forster, but also to the quality of our membership and to the Kildare Business community as a whole," he elaborated.

"I am proud to say that over the last 12 months we have invested €40,000 in the renovation of the iHub in our offices, which is home to 8 High Potential Businesses."

"Our aim over the next number of months is for the iHub to reach its capacity and to partner with Maynooth University in delivering a series of learning programmes to enable these companies to grow and prosper in Kildare," he concluded.

The AGM, which was held via zoom, also saw the election of Mairead Hennessy  (TaxKey) as Vice President, Keith Traynor  KT Accountants) as Treasurer and Ronan Twohig (Gannon Office Group) as CKC Secretary.

Meanwhile, Maureen Bergin of Kildare Village and Llyod O’Rourke of VEI Global, stepped down from their positions at the AGM and were subsequently thanked for their services by Mr Hanahoe.

County Kildare Chamber is a business organisation that focuses on the promotion and development of economic and commercial activity throughout County Kildare.

Last week, it announced that it would partner with tech giant Intel for the launch of Ireland’s first ever climate action championship.