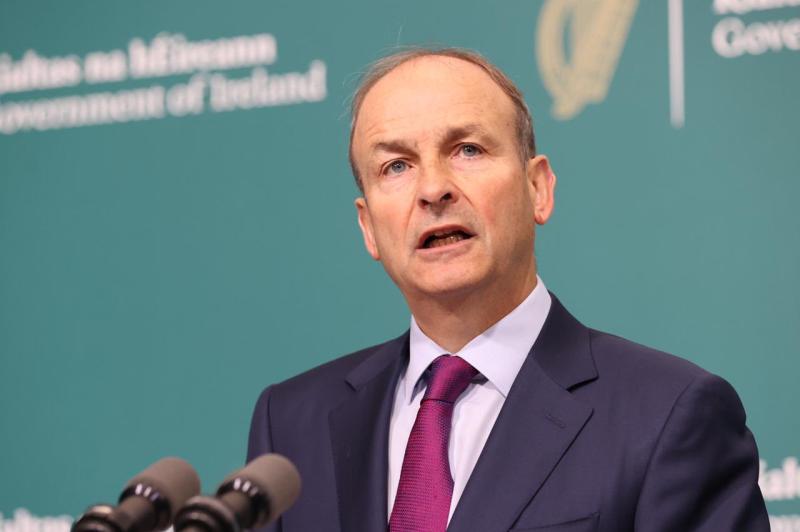 The increased use of antigen testing for COVID-19 could come sooner rather than later, as the process has found a supporter in An Taoiseach Michéal Martin.

He joins Professor of immunovirology at University College Cork Liam Fanning in his support of antigen testing, in contrast to recent comments from chief scientific advisor to the Government Professor Mark Ferguson.

Professor Mark Ferguson said that while antigen tests are useful and provide an extra layer of protection, they are "not a solution" to preventing the contraction the virus, while Mr Fanning instead suggested during a radio interview that free antigen tests in every house in Ireland during winter could help in managing the spread of the virus.

The Fianna Fáil leader's comments follow just after new figures released by the HSE showed that nearly four in every five (79 per cent) antigen test results that indicated the presence of COVID-19 were correct.

At present, the HSE recommends anyone who shows symptoms of the virus to undertake its standard PCR test, regardless of whether or not they took an antigen test or not.

Speaking on his views while in County Sligo, the Taoiseach said: "I'm a strong believer in antigen testing; our public health officials have a more moderated perspective on the value of antigen testing."

"But some sectors have rolled out antigen testing and that's something that the Government will be considering," he added.

He also said that the Irish govt does not differ with Dr Ronan Glynn over his recent view that a return to remote working should be put in place.

Mr Martin further explained that he did not accept suggestions that this week was "Groundhog Day" with people once more facing uncertainty: "I do not accept that presentation that has been made because of the fact that the economy has rebounded very significantly and in a very fast way, because of the reopening of society that has occurred over the last number of months and that has to be acknowledged."

"But Covid has many twists and turns: we are witnessing another now at this particular time which will give us pause for reflection."

Mr Martin insisted that it had not been a mistake on the govt's part to list this Friday, October 22nd, as a date for the lifting of almost all restriction: "Back then, we were on a very good trajectory and up to last week public health (advice) was positive enough about the ways things were going."

Previously, this Friday had been the scheduled reopening date for Irish society, and while the Taoiseach acknowledged that the rise in hospitalisations and admissions to intensive care units is causing concern, he stressed that the govt wanted to provide clarity later today on the easing of restrictions.

The sentiments of An Taoiseach and Prof Fanning were echoed by infectious diseases expert Prof Paddy Mallon, who questioned why Ireland remains an "outlier" when it comes to antigen testing compared to the rest of the Europe.

Background on the divide:

According to a recent article published in The Irish Examiner, the final report of the Rapid Testing Group on antigen testing was published in April.

It saw four of the six members approve the rollout of lateral flow antigen tests (LFAT) and loop-mediated isothermal amplification (LAMP) testing as a "compliment" to the existing testing regime.

However, aside from pilot events, the use of antigen tests has been restricted amid warnings from the National Public Health Emergency Team (NPHET).

Earlier this year in May, Minister for Health Stephen Donnelly was criticised by Harvard University Epidemiologist and Immunology Professor Michael Mina, saying that he believed the Irish govt's stance on antigen tests "was not helpful."

He added that he felt that failure to trust people to use antigen tests correctly has blocked the use of a "very powerful tool" in the fight against COVID-19 in Ireland.

In response to this, Prof Mina elaborated on his stance by saying: "The science is saying something different versus what folks like Nolan have inferred; I do believe we are all on the same side and it is sad to see it get so charged that they are calling a very powerful test, in the middle of pandemic, snake oil... it is just not appropriate."

Prof Mina's sentiments were also echoed by Newstalk host and veteran broadcaster Pat Kenny, who accused Minister Donnelly of spreading "propaganda" instead of facts in an on-air interview.

The govt will later today decide what further public health restrictions will be eased this Friday.