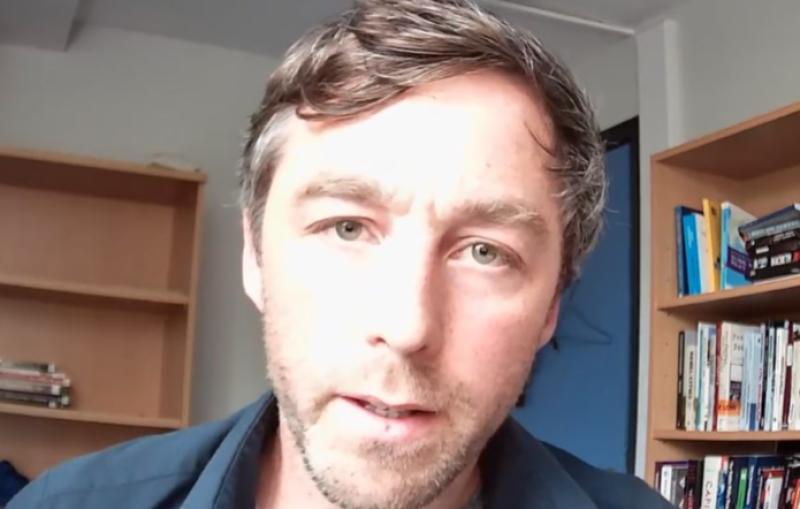 A Professor at Maynooth University (MU) has elaborated on his criticism of NAMA's ownership of Kildare lands.

Earlier this week, it was revealed that the National Asset Management Agency (NAMA) has €1.2 billion in funding reserves and 577 hectares of residential development land, much of which is located in Kildare.

At around the same time, Dr Rory Hearne, who has been an Assistant Professor in Social Policy at the Department of Applied Social Studies at MU since 2018 (and previously a researcher there since 2013), claimed that the landholding and cash reserves of NAMA are capable of delivering 81,000 homes in the county.

After making his stance known on Twitter, a KFM Radio station interview and also in a recent article published in The Irish Examiner, he further stuck to his beliefs in a recent interview with the Leinster Leader.

Dr Hearne, who has spent over twenty years studying housing and inequality, explained: "We have a situation whereby NAMA was set up in 2009 and borrowed €32 billion to take the toxic property loans (with land and property), also known as the bailout, off the Irish banks in 2009."

"It has spent the last 12 years paying that debt off by selling the property and land and assets at discount to international vulture funds and Real Estate Investment Trusts."

He continued: "In recent years NAMA has been selling its property at prices that are at the height of the market prices - essentially adding to rising prices."

"The disagraceful thing has been that NAMA has sold enough land to build 81,000 homes yet just 8 per cent of that land has been built on!" he claimed.

"It has sold land to investor funds that they have hoarded - which actually runs contrary to NAMA's own legislative basis- the NAMA Act 2009 which states NAMA should not distort the land market."

Dr Hearne also claimed that, to make matters worse, NAMA has not built on its own land either as it does not deem it "commercially viable."

He elaborated: "NAMA is selling blocks of apartments to cuckoo investor funds, and leaving them vacant... the important point is that NAMA has paid back all its debt, it is now a debt-free state agency; it is owned by the state."

"So why is then that a state agency selling land and property that could be used for affordable housing to investor vulture funds who will just rent it out at unaffordable rents or hoard the land or use it to build more unaffordable build to rent units?" he asked.

Dr Hearne added that he believes that NAMA is potentially evicting people into homelessness: "We don't know if receivers acting on behalf of NAMA are evicting tenants in NAMA properties in order to make them vacant for sale to get a 'maximum commercial return'."

He further criticised that the exact type of properties on the lands owned by NAMA in Kildare is unknown, and added that it should be made public what NAMA owns and where, and whether it is vacant or not.

In addition, Dr Hearne pointed to Austria as an example of a country whose housing system he feels is operating at a satisfactory level: "It (the housing system) provides public quality housing essentially for low and middle income earners - its really good quality, and it is not stigmatised."

"I think that we have the potential here with deliving affordable housing, like what the Ó Cuallann Cohousing Alliance are doing in North Dublin, and cost rental... we just need to do it on a massive scale and stop the investor funds taking over our housing system."

In conclusion, he said that he believes that NAMA has gotten "nothing right" when it comes to Irish property, and further called on the Irish government to monitor building regulation:  "The Minister for Finance should direct NAMA to prioritise its social mandate, and halt all sale of its land and property, in order to do an assessment on how they could be used to fulfill the social mandate to deliver as much affordable homes as soon as possible."

Dr Rory Hearne released a book last year titled "Housing Shock: The Irish Housing Crisis and how to solve it" and is also a host on the Reboot Republic podcast.