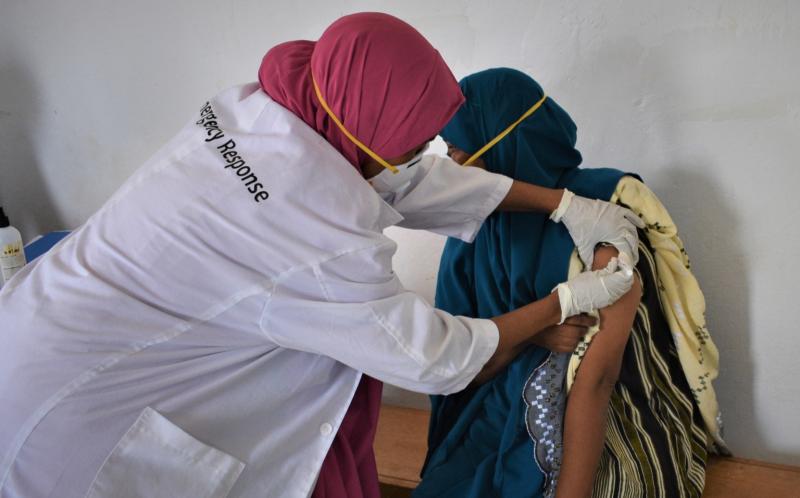 A well-known Irish fast food company has asked its customers in Kildare to help support Trócaire's vaccine rollout in the African nation of Somalia.

Supermac’s is asking customers to donate in-store to ensure communities in Somalia, which is currently undergoing a health crisis.

Paul Healy, Trócaire’s Country Director in Somalia, said the support of Supermac’s customers in Kildare and Ireland will be vital in helping the agency administer Covid-19 vaccines to communities in Gedo, southern Somalia, where Trócaire manages the health system.

He said: "While Ireland is emerging from lockdown, with 90 per cent of people over 16 years fully vaccinated, only 1.5 PER CENT of the population of over 17 million people are vaccinated in Somalia; this is reflective of the massive vaccine inequity in the world."

"The impact of Covid-19, conflict and climate change have left people hungry, without livelihoods, and in urgent need of medical care.”

Mr Healy also revealed that Trócaire is the main vaccinator in Gedo region, an area slightly bigger than Ireland, where the agency runs four district hospitals.

It is currently overseeing the storage and administration of vaccines, as well as Covid and PCR testing.

He added a huge challenge is vaccine hesitancy and awareness amongst high-risk people including those who have been internally displaced due to conflict and climate change.

"Even getting people to adopt simple measures like handwashing can be a challenge."

Mr Healy continued: "As well as administering the vaccine we have reached over 160,000 people with screening, treatment of cases and COVID-19 awareness messages... but there are millions more in need of support.

"The donations from Supermac’s customers are greatly appreciated and have helped change the lives of so many."

"We look forward to continued support for the most vulnerable people in the world," he concluded.

Supermac’s MD, Pat McDonagh also commented on the appeal, saying that while Ireland has seen the impact of COVID-19 on communities, it is important that we support those in need of vaccines throughout the world.

Minister welcomes news that Kildare has been awarded over €74,000 as part of new scheme

He explained: "Trócaire is a charity very close to the hearts of myself and my wife Una; we are delighted to support its lifechanging work."

"Our family and teams across the organisation have seen for ourselves the impact of Trócaire’s work on the ground in Africa and Central America... it is devastating to see the levels of poverty."

"We would like to thank our customers, suppliers and the entire Supermac’s family for their fantastic contributions to the charity," he added.

First set up in 1978, Supermac's first restaurant was located in Ballinasloe in Galway.

As of 2019 the chain consists of a total of 118 restaurants spread throughout Ireland and Northern Ireland.

The company also claims that its customers have contributed over €500,000 to support Trócaire’s work over the years.

Trócaire, which was founded in 1973, is the official overseas development agency of the Catholic Church in Ireland.

It was named after the Irish word for "compassion."

Trócaire is arguably best known for their annual fundraising appeal during Lent, with Trócaire boxes distributed through churches and schools, then collected after Easter.