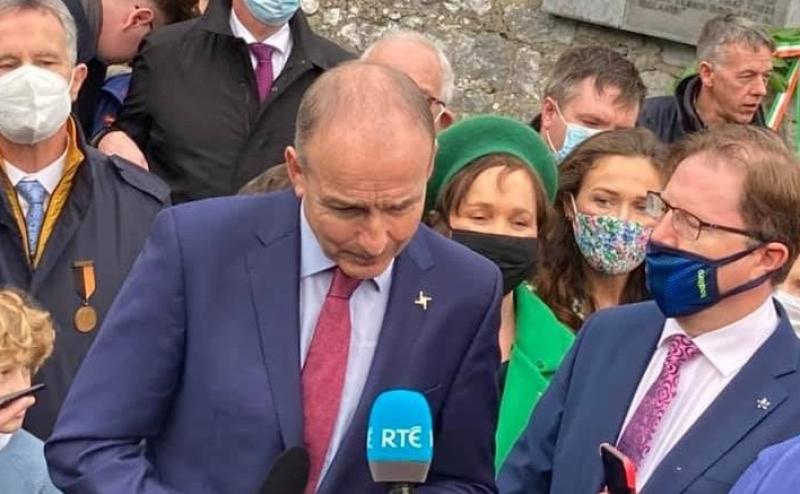 A Kildare Senator has thanked An Taoiseach Micheál Martin for recognising her 'tireless advocacy' to make St Brigid's Day a bank holiday.

Fianna Fáil Senator Fiona O' Loughlin's comments follow after the Taoiseach was seen sporting a St Brigid's cross pin while on a trip to Bodenstown in Kildare which commemorated Irish rebel Wolfe Tone.

The Newbridge politician said in a statement: "I was pleased to see the Taoiseach Micheal Martin wearing his St Brigid's cross pin."

"Whereas he could not confirm with certainty whether or not St Brigids day will be chosen as the next bank holiday, I was flattered that he acknowledged my tireless advocacy for St Brigids day to be chosen."

Senator O' Loughlin added: "I have been absolutely consistent within the Fianna Fail Parliamentary Party and in any dealings with an Taoiseach, that the only viable option is for St Brigids day to be marked with a bank holiday."

"I will continue to advocate for this at a national level, and I am hopeful that our Kildare native St Brigid will be honored with a bank holiday," she concluded.

Her comments follow reports that the proposed bank holiday dedicated to frontline staff, which has been speculated to fall on St Brigid's Day (February 1), may just be a one-off event.

Kildare firefighters climbed their own Mt Everest for children's charity