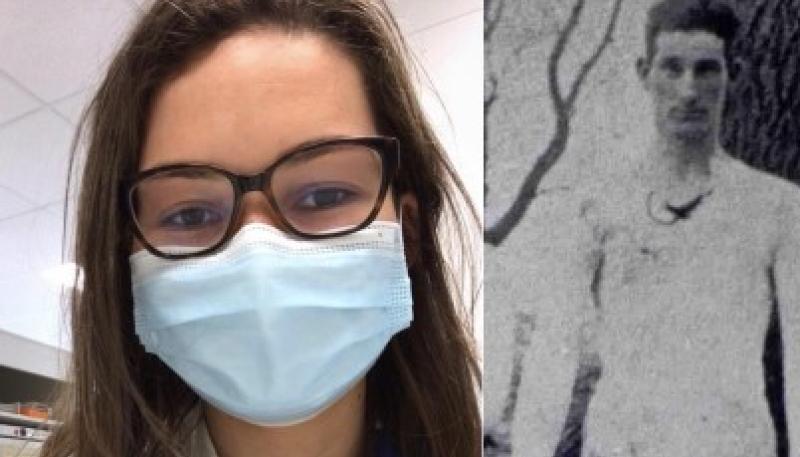 A young student from County Kildare has been offered the prestigious position of Visiting Graduate Student at the Wyss Institute of Biologically Inspired Engineering at Harvard Medical School.

Scholar Norah-Jane Prendergast, who is the great grand-daughter of early 20th Century Kildare GAA player William 'Squires' Gannon, will head to the laboratory of the renowned Professor and co-founder of the institute Professor Donald Ingber.

She will be joining the Brain Targeting Program to find new therapeutics for Alzheimer's Disease beginning in January 2022.

Subsequently, she was awarded a place on the prestigious Erasmus Mundus Joint Master’s degree program  ‘International Masters in Innovative Medicine’ with the European Commission in 2020.

She spent the first year at the University of Groningen, The Netherlands where she specialized in wound healing, and is currently residing at Uppsala University in Sweden, where she is researching the novel and innovative area of 3D bioprinting for cancer research and treatment.

At Harvard, Norah-Jane will be working under the guidance of esteemed post-doctoral fellow Ana Raquel Santa Maria,  Prof Donald (who was recently named one of the Top 20 translational researchers worldwide) and Dr James Gorman (who previously received the Abbotts President Award for his role in initiating, championing and executing the 2001 acquisition of of the drug Humira®, which is used to treat diseases such as arteritis and Crohn’s disease).

Norah-Jane’s said she credits her science and medicine to her brother Ned, who was born with a rare genetic condition, which resulted in her spending a lot of time in Our Lady’s Children hospital with him.

Her passion for science and was further enhanced during her time at Kildare Town Community School by her wonderful biology and chemistry teachers, Ms Sinead Shields and Ms Paula Bennett respectively.

Her late great-grandfather, William ‘Squires’ Gannon, is most known for captaining County Kildare to victory in the 1927 and 1928 all-Ireland Gaelic football final.

Gannon was also the first man to lift the Sam Maguire.