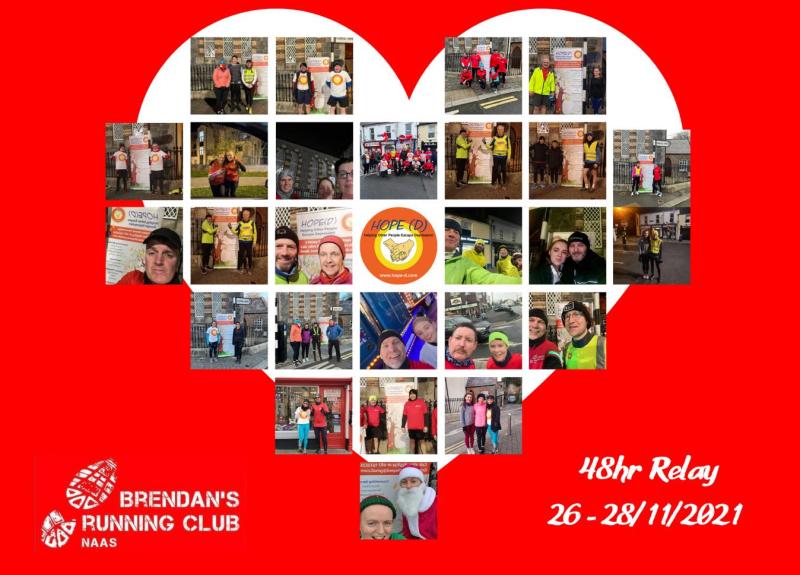 A fundraiser by a running club has surpassed its initial €5,000 target for Kildare mental health charity Helping Other People Escape-Depression (HOPE-D).

Brendan's Running Club first announced its 48 hour relay for November 26-28 earlier this month, and has confirmed that they have raised over €7,000 for the Newbridge-based charity.

The club also thanked everyone who donated to the fundraiser, which is still live.

Anyone who wishes to make a donation can do so by clicking here.