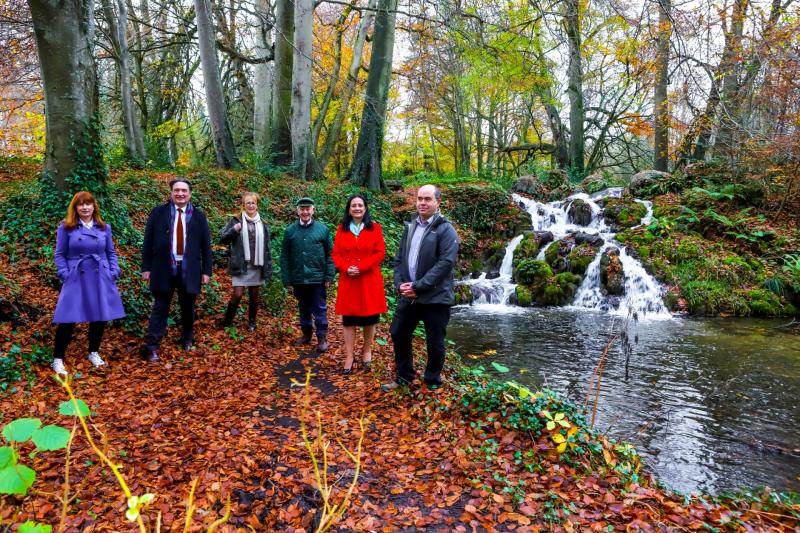 Minister for Tourism, Culture, Arts, Gaeltacht, Sport and Media, Catherine Martin paid a visit to Naas, taking in some sites of interest. These included the Moat Theatre, the historic Potato Market site and the former De Burgh parklands area.

Ms Martin was accompanied to the former parklands site, off Sallins Road, by Cllr Seamie Moore.

Cllr Moore has campaigned for the opening of the site to the public.

Cllr Colm Kenny said he felt a little extra resources “may advance it to finish quicker and the sooner the better."