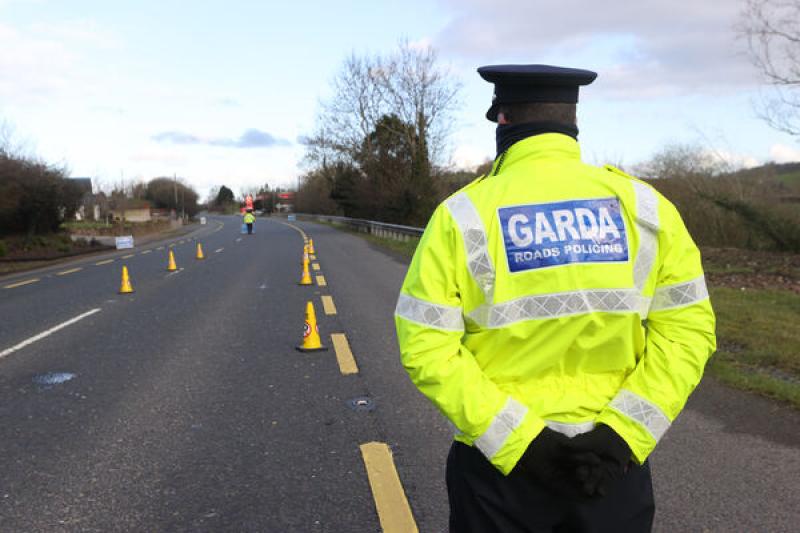 Dozens of Garda checkpoints will be mounted across County Kildare from today (December 1) until January 5 as part of the annual road safety campaign.
An Garda Síochána and The Road Safety Authority (RSA) have called on drivers to act responsibly and to not be tempted to drink and drive this Christmas and New Year period.
Over the last five years, there were 83 fatalities and 709 serious injuries nationwide over the holiday season.
Officers will also be targeting other lifesaver offences including speeding, not wearing seat belts and mobile phone use by drivers.
Gardaí will also focus on unaccompanied driving by learner drivers.

Kildare Coroner, Professor Denis Cusack, who is Head of the Medical Bureau of Road Safety, said: “Alcohol is a depressant drug and after it passes through the liver where it is detoxified, some of the alcohol will hit the brain within minutes.
“The skills most critical to driving — the brain’s ability to observe, interpret and process information from the eyes and other senses – are impaired by alcohol even at the low levels.”

Problem
Deputy Garda Commissioner, Ann Marie McMahon said: "Unfortunately drink driving is still a problem on Irish roads. 4,453 drivers have been arrested on suspicion of drunk driving and 3,333 have been arrested for drug driving this year to date.
“This is almost 166 drivers arrested each week for these offences. This Christmas and New Year, we are appealing to motorists to drive safely and under no circumstances drive under the influence of alcohol or drugs.
“120 people have lost their lives on the roads this year and members of An Garda Síochána have had to deliver this devastating news to their families.
“We don’t want to have to deliver this news to your family this Christmas.”
Minister of State at the Department of Transport, Hildegarde Naughton said: “To anyone who thinks it’s ok to drive after drinking alcohol I say you need to understand that if you commit a drink driving offence you will face disqualification from driving for a minimum of three months.
“Think about how a driving ban would impact your daily life.
“You will no longer be able to drive to work, drive to the gym or drop the kids off to school.
“If you are planning on having a drink this festive season or anytime, remember that alcohol and driving do not mix.
“Designate a driver organise a taxi, hackney, minibus or use public transport.”