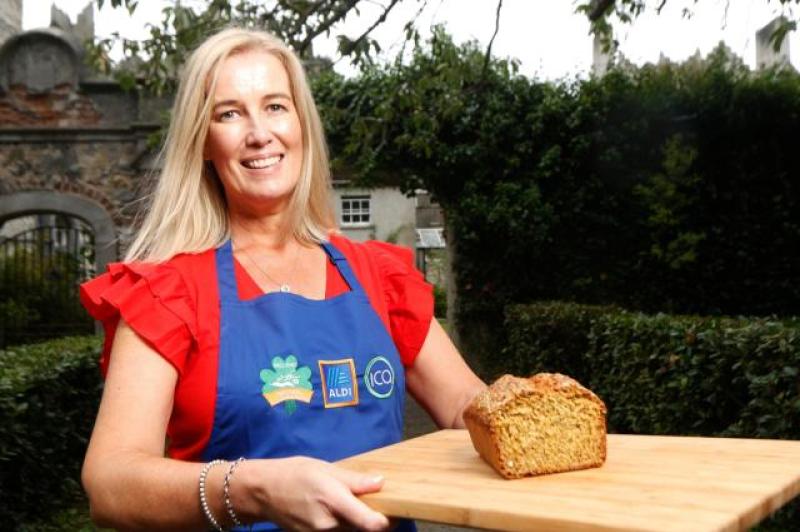 The award-winning bread by Aisling O’Toole from Monasterevin, winner of this year’s National Brown Bread competition sponsored by Aldi in association with the National Ploughing Association and the Irish Countrywomen’s Association, will go on sale in 149 Aldi stores nationwide for a 12 month period.

Commended by the judges for its fantastic appearance, texture, and taste, Aisling’s Beautiful Brown Bread €1.79/600g will hit shelves from the 12th December and is guaranteed to be popular with Aldi customers far and wide!

Due to government guidelines and the cancellation of the trade exhibition of the National Ploughing Championships, the team at Aldi, NPA and ICA ploughed on and decided to run The National Brown Bread Baking Competition a little differently, once again opening entries to bakers all over Ireland, with hopeful bakers asked to drop their freshly made loaves of brown bread to Aldi stores for a second year. The finals of this year’s competition took place in the beautiful Howth Castle Cookery School where Aisling’s loaf came out on top against 3 other finalists. The National Brown Bread Baking Competition has gone from strength to strength with more and more talented bakers from around the country getting involved each year. Aldi is delighted to be able to continue to support local producers and keep Irish traditions alive in this way.

Speaking about her loaves being available on shelves nationwide, Aisling O’Toole, said: “I’m so happy have my winning bread in stores nationwide. The recipe is a very special one to me as it originated from my daughter’s Autism Spectrum Disorder class of Scoil Phadraig Naofa in Athy many years ago. My passion for brown bread came from my mam who baked every weekend with my sister Triona and I. We are all so excited to pop into our local store and see it on shelves!”

Group Buying Director at Aldi Ireland, John Curtin said, "We are very proud to sponsor The National Brown Bread Baking Competition in association with the National Ploughing Association and the Irish Countrywomen’s Association for another year and despite the restrictions, we received a very high level of quality entries with an incredible effort made by all. I want to once again congratulate Aisling on her impressive win - no doubt Aldi customers are going to love her bread!”

NPA Managing Director Anna May McHugh said: “The NPA wish to once again congratulate Aisling on her wonderful win. The National Brown Bread Baking competition first took place at The National Ploughing Championships as far back as the early 1950s and it is marvellous to see that it is now as popular as ever with hundreds of delicious entries from all around the country again this year. We look forward to having the finals of the competition in person at next year’s ‘Ploughing’, which will take place in Ratheniska, Co. Laois from September 20th to 22nd.”

Hilda Roche, National President of the ICA said: “Our members from all around the country again took part in this year’s Aldi Brown Bread Baking competition. Congratulations to Aisling on her well-deserved win. ICA is delighted to be associated with this great competition.”