Lighting the way for Kildare students 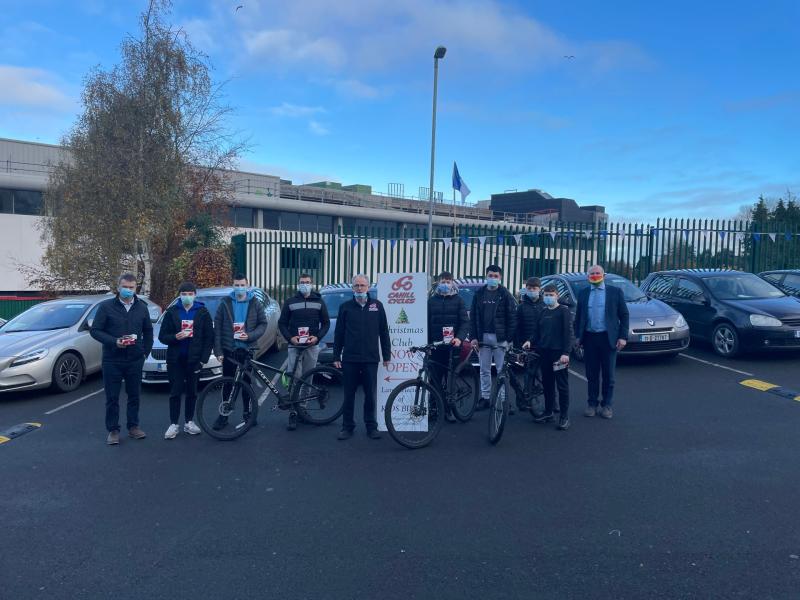 John Cahill of Cahill Cycles, Naas and Cllr Bill Clear have combined to sponsor bicycle lights for Naas CBS students who are studying late in the school, to ensure their safety as they cycle home.

"Thanks to John Cahill who was eager to help once I approached him with the idea," Cllr Clear said.

"We wanted to make sure that the students from the CBS didn't have to choose between studying and getting around on their bikes.

"Getting school kids to cycle to school, rather than being driven, is hugely important for reducing traffic congestion in Naas and other towns in Kildare. School transport is a considerable proportion of the traffic that clogs our urban areas at rush hour."