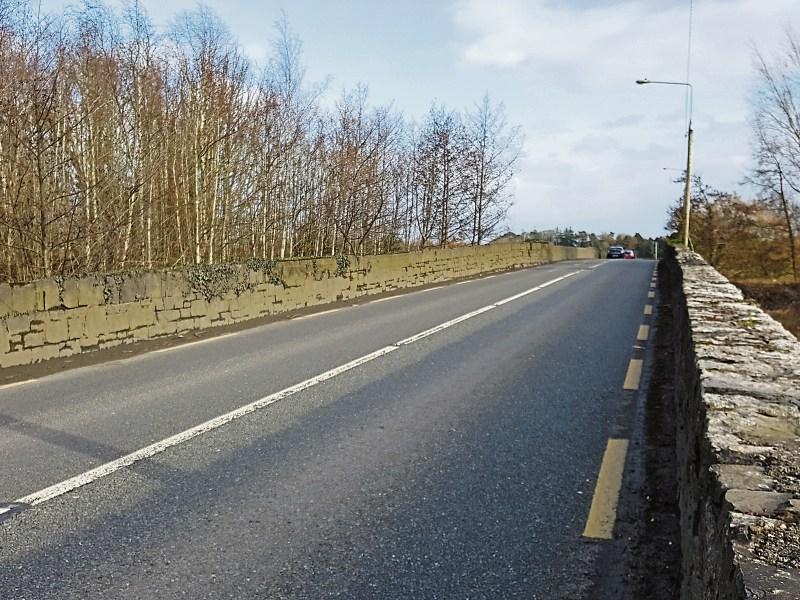 Councillors have expressed uncertainty about the best way to install safety measures to protect members of the public for a bridge located in Clane.

It followed a motion proposed by Fianna Fáil Cllr Daragh Fitzpatrick, who proposed the following motion: “That the MD office investigate the possibility of inserting a walkway to Alexandra Bridge in Clane to increase pedestrian safety at the said location.”

Cllr Fitzpatrick added that the issue of safety at this location has been an issue for the MD ever since he first joined Kildare County Council.

“We must be pro-active before it's too late,” he added.

While his motion was seconded by Green Party Cllr Peter Hamilton, Cllr Fitzpatrick was told by Independent Cllr Padraig McEvoy that while he was open to a walkway for pedestrians, after investigating the site, he said that it is not feasible to construct one there.

Specifically, he explained that the bridge only has capacity for two lanes of traffic between stone walls on either side.

Cllr McEvoy's response was backed up by John McGowan, a Senior Engineer at KCC.

Good news all round on the GAA front