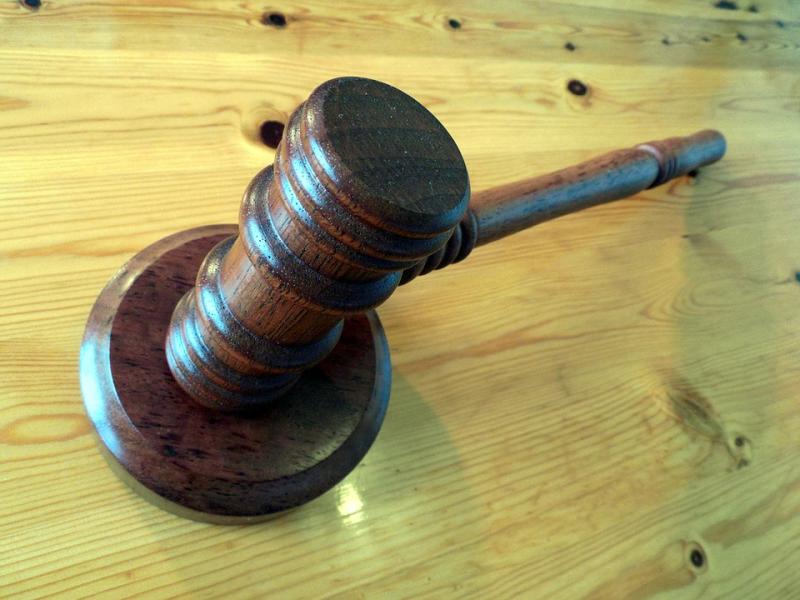 A man with paranoid schizophrenia who stabbed a woman he was having an affair with to death believed he was being targeted by the FBI, CIA and KGB

Mother-of-three Saidrite Valdgeima was stabbed over 50 times at an aparthotel in Dublin in June 2019 because her killer believed she was an enemy agent with a weapon sent to harm him.

Valerijs Leitons (25), a Latvian man with an address at St Kevin’s Gardens, Dartry, Dublin 6, had pleaded not guilty by reason of insanity to murdering Ms Valdgeima (34) on 26 June 2019 at the Binary Hub aparthotel on Bonham Street, Dublin 8.

Last October, a jury rejected Leitons' plea of not guilty by reason of insanity and returned a verdict of manslaughter but with substantially diminished responsibility due to his mental disorder.

The jury of seven men and five women rejected the defence case that Leitons' "deep-seated and engrained mental illness" had "crossed the threshold" of diminished responsibility and brought him into "a further place", namely not guilty of her murder by reason of insanity.

The week-long trial at the Central Criminal Court heard that Leitons and the deceased, a Latvian woman who worked as a translator, had struck up a friendship that became a sexual relationship. The couple met at a concert in May 2019 and began seeing each other frequently.

A pathologist’s report found Ms Valdgeima had suffered “multiple penetrating slash and stab wounds, particularly to the face, head and neck”. Dr Allan Cala, who carried out the post-mortem examination, testified that the deceased had "defence-type injuries on both arms". He suggested these likely happened when she tried to grab the knife or tried to block it.

The accused told gardai that "we were playing a sexual game" when arrested on suspicion of the crime.

Today at Leitons' sentencing hearing, prosecuting barrister Conor Devally SC read a victim impact statement by Ms Valdgeima's 17-year-old daughter. She wrote that she had "been robbed of a lifetime with the person most precious to me" and that she suffered nightmares of people coming to stab her family.

Ms Valdgeima's eldest of three daughters said the family had been "devastated" by the loss of their mother and that she herself had to become a "mother figure" to her two younger sisters.

She said that when her father woke her to tell her of her mother's death "my heart dropped and the world stopped". She said the family had been keen competitors in Irish dancing but that had since stopped as it was too much a reminder of her mother, who would travel with the children and support them.

Ms Valdgeima's daughter said she wondered about her mother's final thoughts and that she had cried herself to sleep, suffered anxiety, was in a continual state of high-alert and found it difficult to get out of bed since her mother's death. She added that it broke her heart to answer questions about her mother's killing from her two younger sisters.

The youngest daughter, who is seven years-old, said she was "really sad" and that she missed her mum and "all the fun stuff with her".

At trial, consultant forensic psychiatrist Dr Damien Smith from the Central Mental Hospital told the trial that the accused was suffering with a mental disorder but was not impaired enough to meet any of the three criteria for a "not guilty by reason of insanity" verdict. The expert witness, who was called by the prosecution, testified that the incident happened during an "acute psychotic lapse of paranoid schizophrenia most likely precipitated by his non-adherence with prescribed antipsychotic medication up to three weeks prior".

A psychiatrist called by the defence, Dr Ronan Mullaney, disagreed with his colleague Dr Smith and found that Leitons was suffering from paranoid schizophrenia at the time of the offence, that he fulfilled all three criteria under the Criminal Law (Insanity) Act 2006 and qualified for a verdict of not guilty by reason of insanity.

Today, defence counsel Michel Bowman SC said his client had told doctors that he had paranoid hallucinations about the CIA, FBI and KGB. He believed they were putting him under surveillance and competing for his services, because of his superior intellect, by sending him continual messages through the internet and television.

Mr Bowman said Leitons "absolutely erroneously believed" that Ms Valdgeima meant to cause him harm and that he had received a specific instruction to "kill the agent", referring to the deceased.

Counsel added that his client would also barricade the front door of the apartment, where he lived with his mother, due to his ongoing paranoia about being surrounded by "agents".

Detective Garda Denise Bambrick told Mr Devally that at around 3am, guests at the Binary Hub became aware of raised voices and saw a "substantial amount of blood" in the corridor coming from Ms Valdgeima. The victim was still alive but was lying on the floor, with Leitons next to her.

Det Gda Bambrick agreed with Mr Devally, who said that on the night three tourists tried to save Ms Valdgeima from Leitons and used a chair and a fire extinguisher to try to help separate her from Leitons.

The detective agreed with Mr Devally that Ms Valdgeima had suffered stab wounds to her face, neck, head and arms.

Leitons had told the intervening witnesses that what happened was "a game" and that he left the Binary Hub in a "chaotic fashion" after being confronted by two staff members, said counsel.

Det Gda Bambrick said Leitons had violently resisted arrest on the night but had later been deemed fit for interview, during which he was "erratic and evasive".

Mr Devally said Leitons had abandoned his medication three months before the stabbing after an acquaintance told him that he had been taking placebos.

Mr Bowman said his client wanted to apologise to the family and friends of Ms Valdgeima for the "unimaginable loss" he had caused her daughters.

Counsel said the paranoia and hallucinations Leitons was experiencing meant he was "substantially diminished" of responsibility for his actions, adding that substance abuse was not a factor in the killing.

Today, Mr Justice Burns extended his condolences to the family and friends of Ms Valdgeima, saying it had an "obviously huge impact" upon them. He adjourned sentencing to January 18.