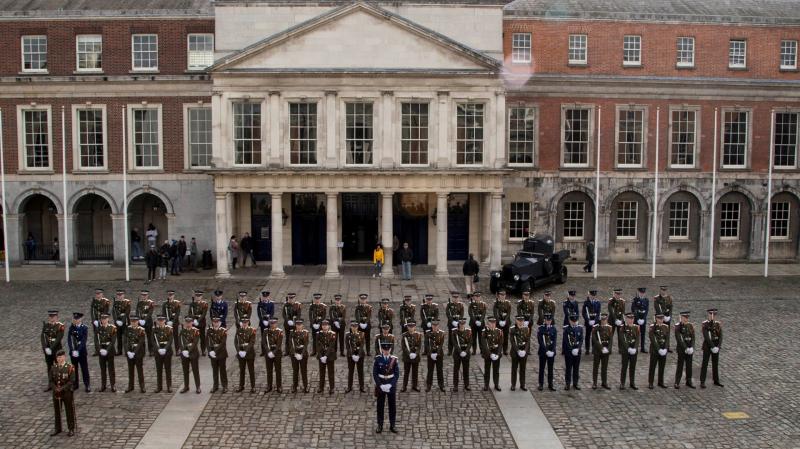 The Minister for Defence has said that the contract for the new Cadet School is expected to be signed early in the New Year.

The project is expected to cost in the region of €1m.

Simon Coveney was responding to a question tabled by North Kildare TD Catherine Murphy in the Dáil.

Mr Coveney said: "It is intended that the contract will be signed early in the New Year, with a construction programme of 12 months expected to complete the project."

The new facility, which will be located in the Defence Forces Training Centre, is provided for under the National Development Plan.

Last June, expressions of interest were sought from contractors for the construction of the project which includes the refurbishment and partial demolition of the existing building which is 250 square metres in size.

Also involved is the construction of a new two-storey extension spanning 650 square metres which combined will form the new Cadet School HQ building.

The HQ building will include offices and conference rooms as well as teaching, administration and communal spaces.