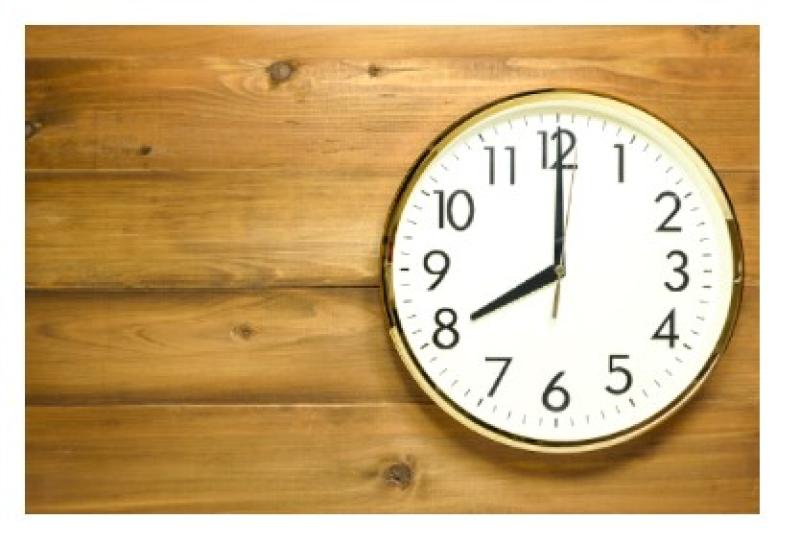 The hospitality sector across County Kildare has been left reeling by the latest Covid-19 restrictions including a 8pm closing time starting this week.

Pubs, restaurants, hotels and arts venues have been grappling to adjust to the new rules, while acknowledging the risk to public health of the new Omicron variant.

Premises including Kavanagh’s in Naas and O’Rourke’s in Newbridge said they have to reorganise rosters for staff and hope they get enough customers in the doors in coming days.

The Riverbank Arts Centre in Newbridge said it has to bring forward evening events to earlier times but said ticket holders have been very understanding.

Joan O’Rourke of O’Rourke’s Bar and Lounge in Newbridge said the 8pm restrictions will create havoc with the operation of pubs and restaurants.

O’Rourke’s had already ordered in the usual amount of stock for the Christmas and New Year period which may be too much now.

Joan said: “We didn’t need this on Christmas week. We had enough to be doing. It’s a bit of a mess.

“After the Taoiseach’s speech, I had to re-jig the roster which wasn’t easy because some of our night workers can only work

“And for customers, many might only be coming in at 7pm or later so it will be a big change for them too.

“It might be the case that everybody comes at the same time, and we will have to say: sorry, we’re full.”

Joan added: “It’s a tradition for many people to have a drink on Christmas Eve with family or friends, but the house will have to be cleared by 8pm now.”

Joan also added that trade in December keeps bars going through the quieter days and nights in January.
She added: “The thing about these restrictions is that once people go out the door at 8pm, they will be going to house parties,

the taxis will tell you that. At least a pub is a controlled environment with all public health restrictions in place.”
Joan also said the financial supports for businesses should be clarified as soon as possible.

Cunninghams Bar in Kildare town, which recently opened The Dining Room restaurant, changed its opening hours to comply with the restrictions.
The business said it will be open every day from 1pm with the last sitting at 6pm.
A spokesperson said: “We will be contacting everyone who had a previous booking that is affected by the new restrictions.”

Proprietor Paul Hyland of 109-year-old Mooney’s Bar in Monasterevin said that the hospitality trade was being victimised again and he called for similar restrictions to target busy supermarkets.
Mr Hyland told the Leader: “Why is the Government going at the publicans again?
“It’s very, very unfair. The pubs and restaurants have been taking all the hits. Look at all the supermarkets, the car parks are full with lots of people circulating between aisles. Why aren’t they closing at 8pm as well?”
The publican also made the point that a lot of staff depended on extra hours around Christmas and New Year time to make money to see them through the holidays.
He explained: “A student would be glad of a few shifts and they would make it stretch when they’re in college.”
He added; “People are talking about the Pandemic Unemployment Payment and other supports — but if you’ve a family to support such as a partner and three teenaged children, you won’t go very far compared to your regular wages.”

Kamila Kleszcz, manager at Tougher’s restaurant between Naas and Newbridge, said staff and customers will have to adjust yet again to the new restrictions.
“It’s very hard... We do understand that safety does come first, but at the same time, every time the government announces restrictions, we (the hospitality sector) get hit.
“We just have to go along with it and be hopeful for the future.”
She added that the restrictions have created issues for the staff at the restaurant: “It is difficult to retain staff with the restrictions.
“We are very fortunate to have a very big, open premises for our restaurant, but recently we have had to spread out our staff across it.
“For example, there are waiters and chefs, but now we also have staff regularly keeping an eye out for customers, sanitising tables and chairs, and checking Covid certs.”
Ms Kleszcz also explained that the restaurant was due to host a Joe Dolan tribute live show, but it had to be cancelled as a result of the restrictions.
However, she reassured customers that Tougher’s will be making quality food over the festive season, especially through its turkey and ham dinners.

Meanwhile Alicia Farragher, owner of Kavanagh’s pub in Naas, also echoed Ms Klezcz’s sentiments, saying: “8pm (for closing time) is very disappointing, especially for such a busy period... it’s not a nice position to be in, but we have to get on with it.”
She added that the upstairs restaurant, Bouchon, has suffered a notable setback as a result of the restrictions.
Ms Farragher also said that a lot of staff members won’t be getting their usual Christmas wages due to the decrease in footfall.
“Its unfortunate because it’s two years on, and we thought were seeing light at the end of the tunnel and would have a fresh start for the New Year, but this won’t be the case.
“It will be interesting to see what will happen when January comes; we will keep going as much as we can.”
The Riverbank Arts Centre in Newbridge said it has been forced to re-schedule some events to earlier times and praised the support of ticket holders.

Alex Rosiak, acting director of Riverbank Arts Centre, said: “We are currently contacting all artists and companies impacted by the new restrictions.
“Some events will happen at an earlier start time to comply with the new regulations.
“Unfortunately some events will need to be postponed, but in our experience ticket holders have shown exceptional patience and support in these situations.”