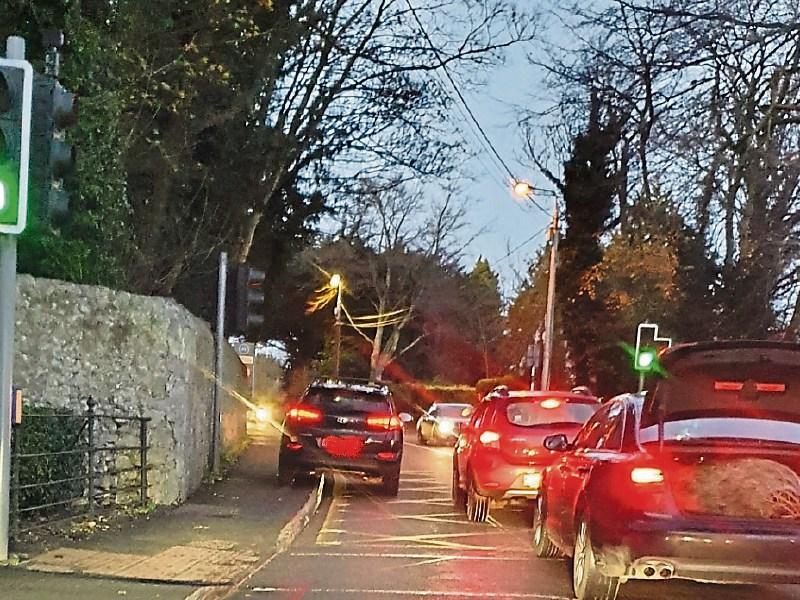 A possible solution to problems caused by traffic congestion at a busy Naas junction has been ruled out.

Cllr Bill Clear asked for a right turn filter for traffic leaving Naas towards Sallins at the right turn into Monread Avenue.

He told a Naas Municipal District meeting that if this was done it would result in only a few seconds delay for traffic coming from the Sallins direction.

At the moment, he told the December 14 meeting, there is only room for one lane of northbound traffic “resulting in traffic mounting the footpath (and) endangering pedestrians”.

“This has been an issue for a long time; a (filter) light for a few seconds is all that’s needed. It’s a busy road and people are going up on the footpath multiple times in a day,” he said.

He said his proposal represents an “engineering solution to an engineering problem”.

He added that the infrastructure already in place means that the lights “know” if traffic is waiting to turn right.

“It should be trialled to stop cars going onto the path,” he said, adding that KCC is unwilling to accede to requests to alter how traffic light systems are operated.

According to KCC the proposal was reviewed and it does not recommend altering the sequencing at the location.

KCC reported that there is not enough physical space at the junction to create a dedicated right hand filter lane.

The report added that land acquisition is required to widen the junction to facilitate a safer environment for road users.

“The provision of an ‘early’ start for that approach, as suggested, will not remedy the issue as it is not possible to detect right road users wishing to turn right and if implemented will result in additional queuing back from the junction towards the town centre.”

The council’s report also added that vehicles mounting the path are in breach of traffic regulations “as driving wholly or partly along or across a footway is an offence”.