Minister O’Brien's newly expanded Local Authority Home Loan scheme will see the income ceiling for a single applicant rising by €15,000 to €65,000 in Kildare.

Fianna Fáil Senator Fiona O’Loughlin said about the announcement: "I am pleased to see Kildare included in the expansion of the Local Authority Home Loan Scheme: supporting home ownership is a key objective for this Government."

"In Housing for All, our new Plan for housing in Ireland we as a Government and as a party committed to introducing a reformed Local Authority Home Loan scheme to further support access to homeownership for creditworthy homebuyers who otherwise find it difficult to access sufficient finance."

She continued: "I am pleased to be informed by the Minister that the new regulations will make it easier for single people to avail of a State backed mortgage for a new, second-hand or self-build home.

I believe the ‘Fresh Start’ principle, which is something we have being discussing within the party for some time, will broaden the opportunities for people who are divorced or separated and have no interest in the family home, or who have undergone insolvency proceedings."

"This is a very welcome announcement for us in South Kildare, with Minister O’Brien now raising the income ceiling for a single applicant by €15,000 to €65,000 in Kildare; this is in addition to the enhancements which were made to the scheme last September."

Fiona concluded by saying that, previously, she would speak to would-be homeowners who have good jobs, good income and good credit, but due to bank lending limits they are unable to get their foot on the property ladder.

"(For this reason) I am happy to see Minister O’Brien listening to my calls and taking action on this."

In related news, last week, Senator Fiona O' Loughlin joined a number of Kildare representatives in saying that access to antigen tests should not be impaired by cost barriers.

Naas comes out on top in nationwide anti- litter survey 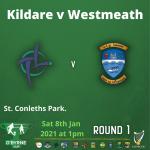